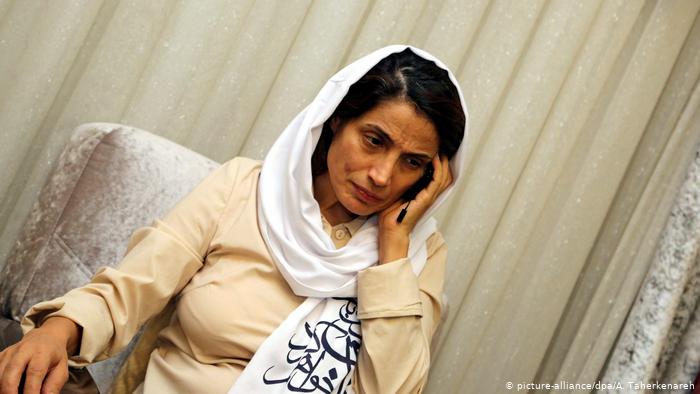 NIAC is deeply concerned by reports that prominent Iranian human rights lawyer Nasrin Sotoudeh reportedly faces up to a 38-year prison sentence and 148 lashes on fabricated, politically motivated charges. NIAC unequivocally condemns the Iranian government for its arbitrary and politically motivated detentions in contravention of Iran’s human rights obligations, and reiterates its call for the immediate and unconditional release of Sotoudeh, along with all prisoners of conscience.

Sotoudeh has for years defended those who have suffered rights abuses at the hands of the Iranian government. From her defense of Iran’s 2009 Green Movement protestors to her support for the anti-compulsory hijab activists of last spring, Sotoudeh remains one of Iran’s staunchest human rights advocates. Sotoudeh was released in September 2013—in what was widely seen as a good will gesture ahead of President Hassan Rouhani’s first trip to the UN General Assembly—after more than two years of imprisonment on politically motivated charges following her work highlighting juvenile executions in Iran and her defense of human and civil rights protestors.

News of Sotoudeh’s sentencing comes only days ahead of International Women’s Day on March 8th—and serves as a stark reminder of the restrictions and costs Iranian women continue to pay in their fight against compulsory hijab and systemic gender inequality. Since her arrest last June for representing three activists protesting compulsory hijab, Sotoudeh has endured two hunger strikes and refused to participate in her trial after being prevented from selecting her own lawyer. Her husband, fellow imprisoned human rights activist Reza Khandan, noted that she is being prosecuted on seven charges, most of which relate to her opposition to Iran’s compulsory hijab laws.

While the fault for Sotoudeh’s incarceration lies squarely with Iranian authorities, U.S. policymakers must carefully weigh the impact of pressure policies on empowering Tehran’s most reactionary forces and reducing our ability to hold Iran accountable to its human rights obligations. The Trump administration’s abrogation of the nuclear deal, imposition of inhumane sanctions, and ratcheting up of tensions with Iran has further emboldened Iran’s hardline forces that are not accountable to elected institutions. As hardliners seek to match Trump’s bellicosity and undermine moderates and the will of the Iranian people, human rights proponents like Sotoudeh often become the first victims. 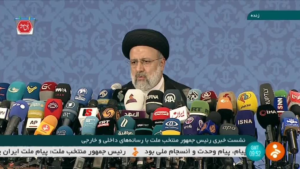