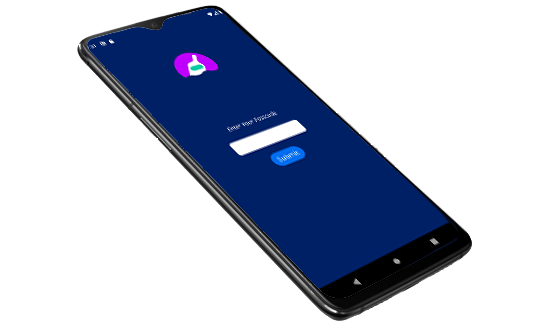 As a tool for widespread communication and sharing across borders, Iranian authorities have long tried to control and censor internet access for Iranian citizens. However, a new Android app, Nahoft, seeks to give Iranians a tool that could allow them to communicate freely as the state tightens its grip on internet control, surveillance, and censorship. The encryption app’s name fittingly means “hidden” in Persian. It was recently released on Google Play by United for Iran, a human rights and civil liberties group based in San Francisco.

The Nahoft app converts up to 1,000 characters of Persian text into a jumble of random words, which can be sent through a communication platform like Telegram or Whatsapp. The recipient would then run it through Nahoft on their device to decipher the message. The app can also encrypt and embed messages imperceptibly in image files. This technique is known as steganography.

A crucial advantage offered by Nahoft over end-to-end encryption apps is that this open source app even works without connectivity to the internet, if you already have it downloaded on your device. This is crucial in a country where increasingly frequent near-total internet blackouts are imposed by the state. More than 57 million of Iran’s 83 million citizens are internet users but their government is keenly focused on developing a state-controlled network or “intranet” that would bolster its ability to censor data and block services like social networks, VPNs, and proxies. Google Play traffic is also encrypted meaning the Iranian surveillance apparatus will not be able to see which apps users are downloading.

We are hopeful to see the limitless applications of Nahoft unfold in Iran and around the world, and are grateful to tech freedom groups devoted to nurturing a freer, better interconnected world in the face of states’ ever encroaching draconian restrictions. Internet-age technology in the hands of repressive police-states can be a dangerous thing, but it can also be a liberating tool in the hands of its people. While Iranian authorities must end their practice of internet control and censorship, this new app and the continued resistance of Iranians against their state’s restrictions shows again that Iranian people will not be silenced or deterred.