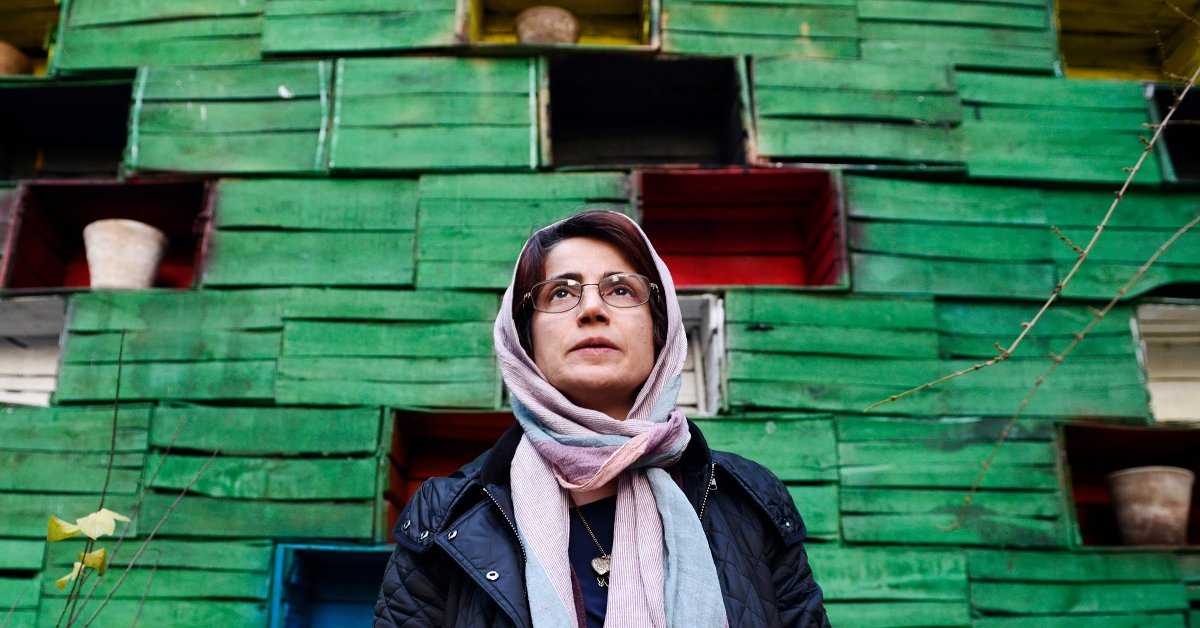 Monday, September 14th marked the 35th day of Nasrin Sotoudeh’s hunger strike, which she began over a month ago in protest of prison conditions, the risk of prisoners contracting Covid-19, and the plight of political prisoners who have been wrongly targeted and held in Iranian prisons for countless years. Sotoudeh, a renowned Iranian lawyer and human rights activist is all too familiar with the cruelties of the Iranian judiciary, which has imprisoned her on various spurious charges over many years, blocked her bank accounts to bring financial strain on her family, and recently detained her 20-year old daughter who was released on bail.

Sotoudeh has been harassed by Iranian authorities simply for doing her job as a lawyer and defending those who have suffered rights abuses at the hands of the Iranian government. From her defense of Iran’s 2009 Green Movement protestors to her support for the anti-compulsory hijab activists of last spring, Sotoudeh remains one of Iran’s staunchest human rights advocates. No stranger to injustice, Sotoudeh continues to defy the repression of state officials, as evidenced in her latest hunger strike, which has inspired other prisoners to join as well.

However, reports of her deteriorating health are deeply concerning. On September 14th, her husband, Reza Khandan shared the following message:

“35 days since Nasrin’s hunger strike. Although Nasrin has declined visitations for four weeks, I went there yesterday. I spoke with Rezavaneh’s husband, who has visited his wife and found out that Nasrin’s condition was worryingly bad. Much worse than what she shows over the phone.”

Sotoudeh’s outrageous 38-year prison sentence, one of the harshest for any human rights defender, follows a disturbing pattern of increased repression in recent years to stifle all voices of dissent, as Iranians struggle under the pressures of a poor economy crippled by U.S. sanctions and unrelenting domestic corruption and mismanagement.

Iranian officials must address the grievances of their citizens and end their practice of unjust detentions. In the case of Nasrin Sotoudeh, they must act swiftly to ensure that her health does not decline any further than it has and heed the calls of their political activists who should never have been prisoners in the first place. NIAC joins the international call of activists, artists and others to hold the Iranian government accountable to its human rights obligations and #FreeNasrin. To add your name to PEN America’s petition, which calls for Sotoudeh’s immediate release and freedom for all political prisoners, sign here.