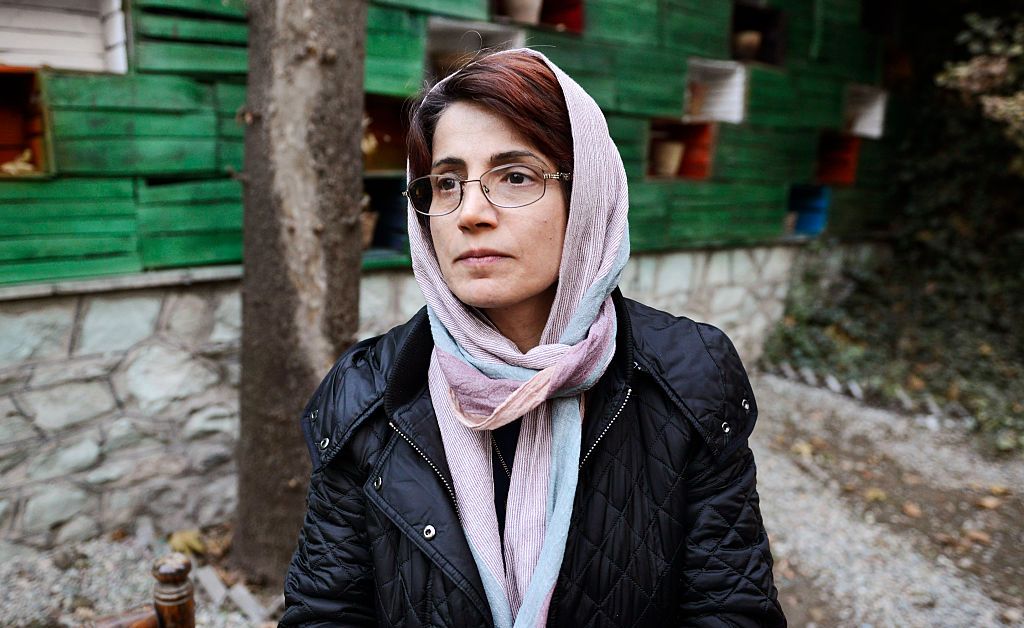 Nasrin Sotoudeh, the well-known human rights attorney who has twice been imprisoned and is currently serving a 38-year sentence in Iran for her work as an advocate of women’s rights, began a hunger strike on March 17, 2020 to demand the release of all political prisoners, as Iran combats its Coronavirus outbreak. Read more about her case in a previous NIAC statement.

Iran continues to be one of the deadliest sites of the Coronavirus pandemic with over 27,000 cases and 2,000 deaths recorded as of this writing, though the actual numbers are likely to be higher. Iranian authorities began to temporarily free prisoners in early March in order to prevent the spread of the virus, as prisons are a hotbed for transmission. Despite temporarily releasing tens of thousands of prisoners, including political prisoners and even prominent cases such as Nazanin Zaghari-Ratcliffe, many political prisoners have been left behind, such as Anoosheh Ashoori and Siamak Namazi.

The lives of those still in Iranian prisons during this health crisis are surely in danger and Sotoudeh is among these prisoners. Other Iranian prisoners of conscience, such as Rezvaneh Khanbeigi, Hossein Sarlak, and Morteza Nazari have joined Sotoudeh in her hunger strike, demanding that all political prisoners be freed under these dire conditions.

Like all health workers in the world, Iranian medical staff have heroically put their lives on the line in fighting this pandemic. While Iranian officials have likened their struggle to that of soldiers in a war, they do their nation and these brave men and women a disservice by not taking every measure to prevent the spread of the virus. Worse yet, political prisoners and prisoners of conscience should not be incarcerated in the first place. Continuing to hold prisoners like Sotoudeh is doubly unjust under the shadow of a pandemic. Sotoudeh’s own plea tragically sums it up, “If we’re going to die, let us be by our families’ sides, can’t you let us go even under these circumstances?”