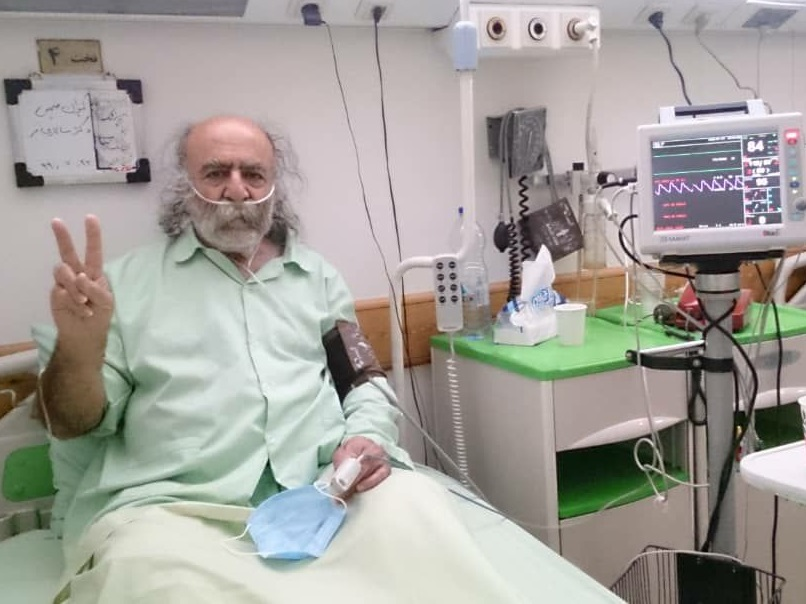 The life of long-time Iranian journalist, Keyvan Samimi, is in grave danger, as the 73-year-old activist faces serious health issues in prison. In recent days, loved ones and activists shared their concerns on social media for Samimi’s health. Samimi is an iconic figure in Iranian society for his lifelong commitment to journalism and activism, supporting labor movements, women’s rights, Iranian students, and advocacy for freedom of speech. A staunch voice for liberty, Samimi’s life is a testament to the brutality Iranians have faced over many decades, having family members that were executed both by the monarchy and the Islamic Republic.

Samimi is currently serving a two-year sentence—reduced after appeals from an original six-year sentence—on all-too familiar bogus charges such as “colluding against national security” and “spreading anti-establishment propaganda.” Despite the implications of these charges, the journalist was targeted for simply doing his job, and was arrested in May of 2019 at a labor-rights protest that he was covering for his Iran-e Farda magazine. This is not Samimi’s first encounter with Iranian authorities and its judiciary. Unfortunately, Samimi has spent years in Iranian prisons before, following his coverage of the disputed 2009 Iranian presidential election.

According to Reporters Without Borders, Samimi himself has described his unjust conditions, noting that “he has been denied visiting rights and phone calls with his family” as punishment. Activists and rights groups have shared their alarm for the lives of imprisoned journalists such as Samimi, especially in light of the COVID-19 pandemic, poor prison conditions, and lack of proper medical treatment. Those fears were tragically realized with the recent death of Iranian writer, Baktash Abtin, after contracting COVID in prison. This fits a disturbing “pattern of political prisoners being intentionally led to their deaths in Iran’s prisons,” according to Hadi Ghaemi, the executive director of the Center for Human Rights in Iran.

Making matters worse, reports indicate that Samimi has been moved to a more remote location, to Iran’s Rajaee Shahr Prison. Rather than heeding the calls to free Samimi on humanitarian grounds on account of his age, deteriorating health and unjust charges, Iranian authorities moved him to another prison with worse conditions. NIAC joins the calls to free Samimi, and all prisoners of conscience, immediately. Iranian authorities must not allow another prisoner of conscience to die in its custody. They cannot intimidate or silence Samimi, who has shown enduring courage in the face of injustice and steadfastly maintains that once released, he “will continue to live according to my ideas and beliefs.”