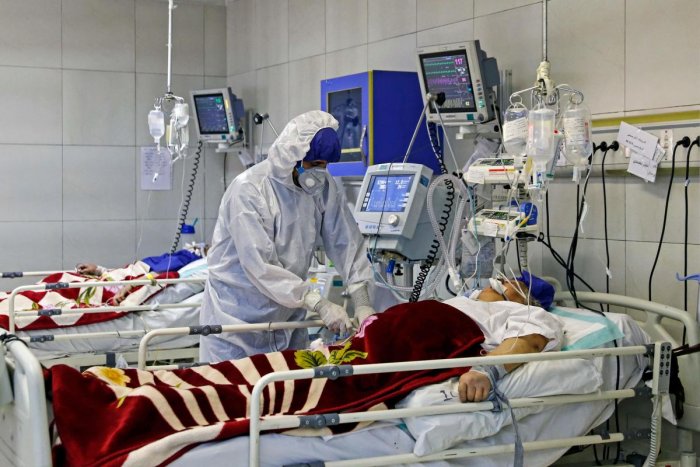 Iran was one of the hardest hit countries early on in the Covid crisis due to government mismanagement and economic sanctions. Iranian medical workers launched campaigns to encourage people to take proper precautions and, after their initial slow response, the government mandated shutdowns, regulations, and restrictions to curb the outbreak. However, with an economy crippled by U.S. sanctions, long-term shutdowns are not feasible and restrictions have been loosened leading to more surges in Covid cases and deaths.

This week Iran has seen its worst wave of Covid cases, repeatedly breaking daily records for cases and deaths. Reports today show a significant overnight spike of more than 20%, with over 8,000 new cases. Iranian officials reported a stark statistic, stating that one person is dying from Covid every three minutes. The impact of the virus is compounded by seasonal pollution, which has adverse effects for a respiratory illness, and brutal U.S. sanctions that have impeded the import of vital resources.

As a global threat, the international community, human rights activists, and experts have called for the lifting of sanctions on humanitarian grounds not only on Iran, but all countries fighting Covid. In March a group of bi-cameral U.S. lawmakers urged the Trump administration to lift sanctions on Iran as it was battling Covid. Rather than heeding these calls, the Trump administration has increased sanctions on Iran, including secondary sanctions on Iran’s entire financial sector that sent their currency into another tailspin. Despite humanitarian exemptions on paper, the extensive sanctions program pushes banks towards over compliance as they have little to gain from such transactions and a potential downside of U.S. penalties.

The dire situation in Iran, which some Iranian doctors and officials think is much higher than the stated numbers, has continued to draw calls for sanctions relief from U.S. media giants like the editorial board of the New York Times, to U.S. lawmakers in Congress. As Iran is struggling with this new wave of cases, Representative Chuy García and Senator Elizabeth Warren are circulating a letter asking the Trump administration to issue a general license to exempt humanitarian trade for U.S.-sanctioned countries.

NIAC joins these calls to relieve the suffering of innocent Iranians, especially in light of a global pandemic. Iran’s crippled economy limits the ability of Iranians to purchase the inadequate resources they have, prevents needed medicines and medical supplies, and disproportionality affects the most vulnerable members of the society. We can only be taken seriously in our stated convictions for human rights when our policies do not undermine those same values. You can add your voice and urge your legislators to sign the García-Warren letter and stop sanctioning humanitarian trade here.