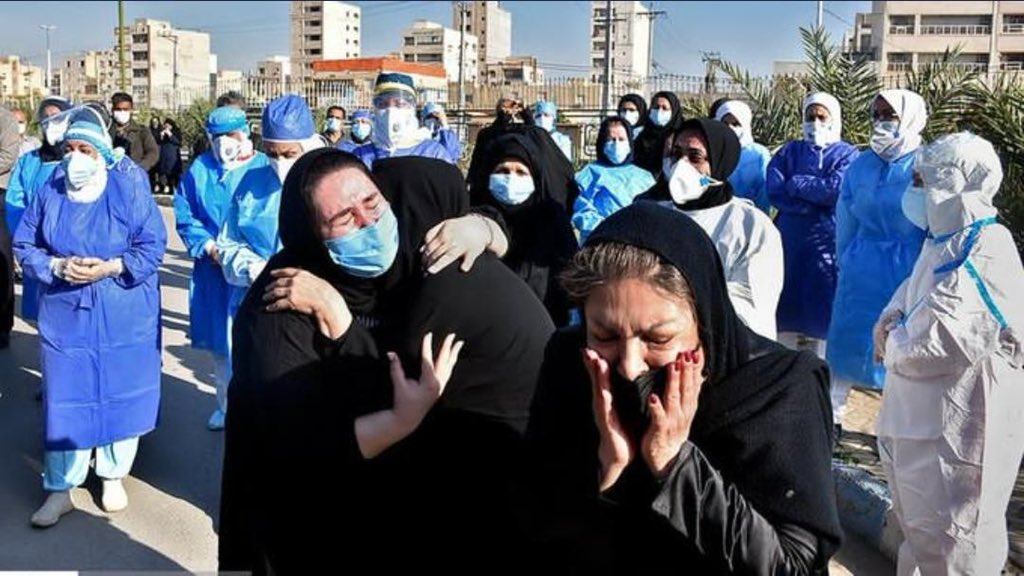 Over the last week, Iran has seen a surge in Covid-19 cases and deaths as the country faces its fifth-wave of the deadly virus. According to reports, on Monday Iran hit a record high of 655 deaths in 24 hours, however, the death toll is likely higher than the numbers provided by officials and the total death toll will soon surpass 100,000 since the beginning of the pandemic.

Iran is facing its most devastating wave of Covid-19 yet, as hospitals and medical staff are overwhelmed and resources limited. A combination of gross mishandling of the pandemic by Iranian officials, the impact of U.S. sanctions, and, most recently, large gatherings for the holy month of Muharram have greatly exacerbated the suffering of Iranian people in a pandemic that has ravaged the world.

One of the most reckless decisions came in January of this year when Iran’s Supreme Leader, Ayatollah Ali Khamenei, announced a ban on the import of Covid-19 vaccines produced in the United States and United Kingdom. Human rights activists and groups rightly condemned this appalling decision for putting Iranian health and lives at risk. Adding insult to injury, Iranian authorities have arrested six lawyers and activists for planning a lawsuit against state officials for their egregious management of the pandemic. This recent wave of Covid-19 and harrowing images of hospitals in Iran overrun with patients has sparked an online campaign using #SOSIran and #HelpIran, calling on the international community to assist in sending greatly-needed vaccines to Iran.

The United States also bears a responsibility to ease sanctions in light of the pandemic, on humanitarian grounds, as human rights groups and experts have urged from the beginning of the pandemic, and President Biden himself called for from the former Trump administration. However, Iranian officials have an unambiguous obligation to serve the needs of their own people and do everything in their power to ensure Iranian people their right to health and life.

Though Iranian officials have moved to impose a new lockdown—closing public spaces, shops and businesses—and lifted its outrageous ban on vaccines produced in the U.S. and U.K. such as Pfizer and Moderna, the situation is dire and could have been mitigated had correct measures been taken from the beginning. Instead of targeting activists that are trying to help their fellow countrymen and hold authorities accountable for their extreme negligence, Iranian officials must focus on taking rapid and decisive measures to address the pandemic and save innocent Iranian lives.