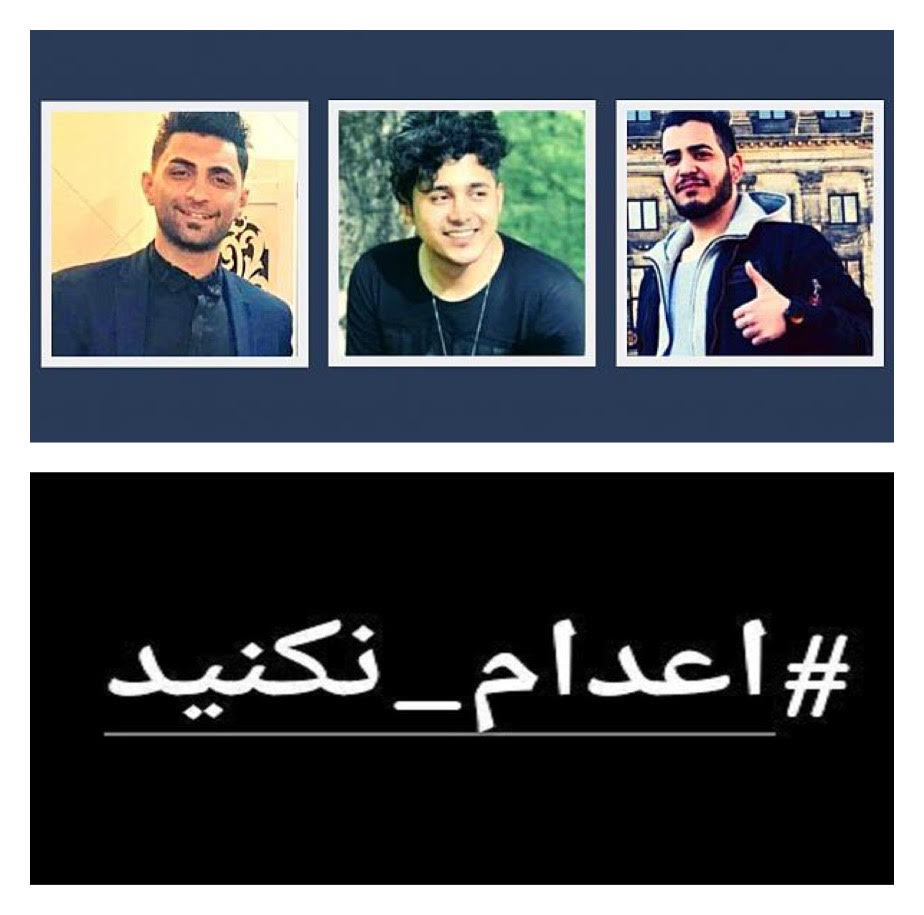 Iranians Call for an End to Executions: #اعدام_نکنید

Three weeks ago, Iranian human rights activists reported the shameful actions of an Iranian court for upholding sentences of execution for Amir-Hossein Moradi, Saeed Tamjidi, and Mohammad Rajabi. These young men, were arrested in the aftermath of Iran’s November, 2019, protests and faced charges of committing acts of armed violence and participation in vandalism. Iranians were outraged again last week after the execution of man for the consumption of alcohol.

Yesterday, Iranian social media finally erupted in unison, calling on Iranian authorities to stop the execution of the three young protestors and ending the use of the death penalty as a form of punishment. The hashtag, “Don’t Execute” (Edām Nakonid), was used over 4.5 million times by Iranians around the world to put pressure on the Iranian government to take action. The social media onslaught was so great that there were reports of internet disruptions by Iranian providers.

In many ways, these incidents can be understood as a continuation of November protests, which were themselves indicative of years of repression and struggle. Protestors were met with brutal and lethal force, as Iranian authorities shutdown the internet to block communication with the outside world. Though there were no street demonstrations in this case, the volume of online activity sends a clear message to officials that Iranians are united against this injustice.

Confronting an economy that has been crippled by U.S. sanctions, massive inflation as the rial continues to lose value, the challenges of a pandemic without access to needed resources, and a government that exacerbates all these issues with corruption and mismanagement, Iranians face extraordinary difficulties. Adding insult to injury, Iranian officials have doubled down on repression with the reprehensible sentences of execution for protestors.

Protest is a human right, which must be upheld by the Iranian government. The death penalty is itself unethical, under any circumstance, but in this case the injustice is even more profound. Rather than heeding the calls of their people, executing these young men would silence them permanently. Nothing could be further from the idea of justice. Joining the chorus of voices, we earnestly call on Iranian authorities to reverse the verdicts of execution for these young men, and listen to the cries of their people.