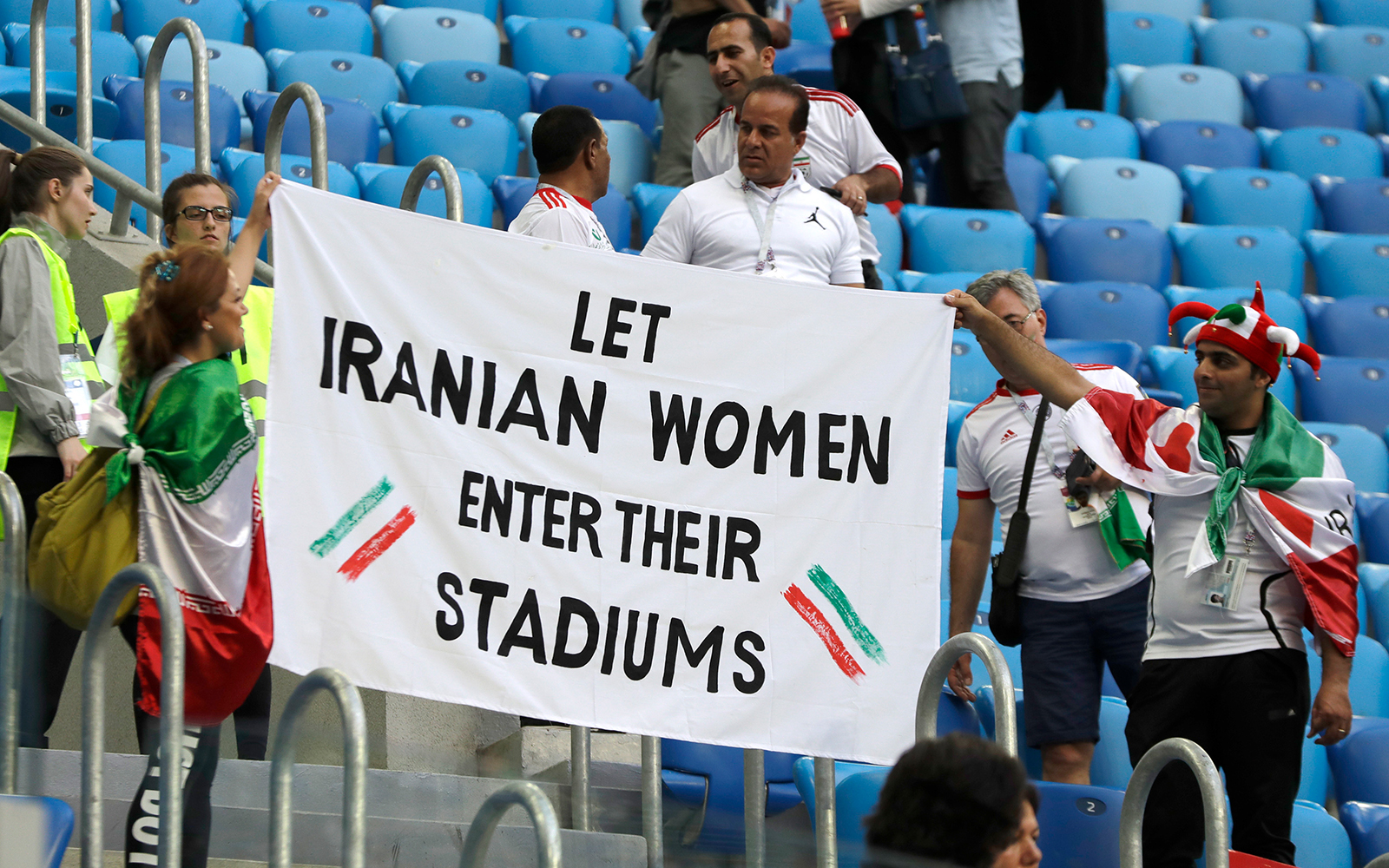 Fresh attacks on women’s attendance at soccer matches came earlier this week, as reports and videos emerged that Iranian women who had legally purchased tickets for a game were not only denied entry, but also brutally assaulted by security forces using pepper spray. In Iran’s last world cup qualifying match against Lebanon, played at Imam Reza Stadium in Iran’s northeastern city of Mashhad, 2,000 tickets were reportedly sold to Iranian women who were denied entry. FIFA shared concerns over the news and reaffirmed its expectations that Iranian women must be allowed to attend matches.

In the wake of the tragic suicide of Sahar Khodayari, an Iranian woman who had been detained and harassed by authorities for the simple act of attempting to attend a soccer match in her country, Iranian officials showed signs of modest change. In October of 2019, after decades in which Iranian women were not allowed to attend soccer matches in Iran, thousands of cheering women entered Iran’s Azadi stadium to watch their nation’s world cup qualifier against Cambodia. Despite this hopeful respite in an otherwise long stream of discriminatory policies against women in Iran, Iranian women have continued to face challenges in attending matches.

Under the new hardline administration of Ebrahim Raisi, which took office in August of 2021, female fans have indicated that there have been greater moves to deny them entry into games. According to a report in Al Monitor, critics viewed the Iranian Football Federation’s decision in October 2021 to not allow any spectators due to Covid-19, as a ploy to deny women entry. Again in January of this year, a limited number of women were allowed to attend one of Iran’s world cup qualifying matches. However, this was under strict provisions that separated them from the male attendees and officials have continued to ban women from most matches.

That FIFA must step in to announce such a demand is itself outrageous given that Iranian women should never have been denied entry in the first place, nor should they continue to face such disgraceful policies. Yet again, Iranian women pushed back in the face of another offense, as chants of “we object, we object” could be heard outside the stadium in protest to their mistreatment. And, yet again, Iranian security forces resorted to violent means to suppress their chants. For Iranians who have faced so many obstacles and injustices, cheering on their nation’s soccer team is a source of genuine happiness. For Iranian women to be denied this simple act is doubly unjust for its appalling inequity and cruelty. We call on Iranian authorities to allow women to participate fully in soccer matches, without restriction, and hope for the day when they can do so.