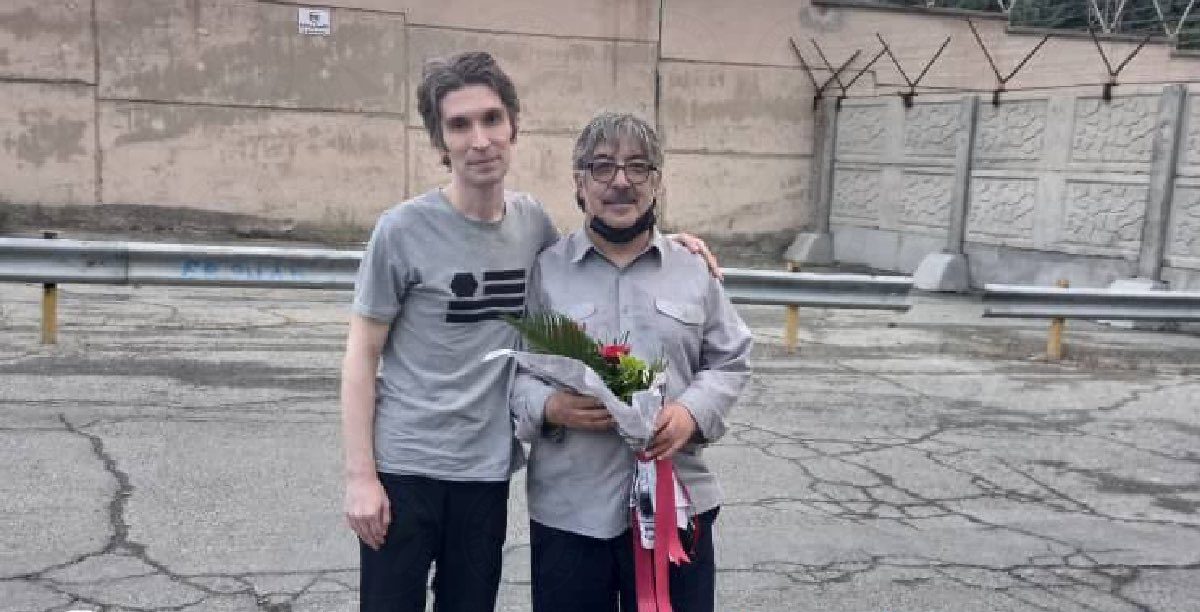 On May 1st, welcome news was reported of Arash Sadeghi’s release from prison in Iran, after serving nearly six years as a prisoner of conscience. Sadeghi is a well-known young activist in Iran who was arrested in 2016 on spurious charges such as “collusion against national security” and “propaganda against the state,” which fits a disturbing pattern of repression by Iranian authorities against activists.

Not only has Sadeghi been a target of Iranian security forces, his wife Golrokh Ebrahimi Iraee was also arrested in October of 2016 for her unpublished fictional writing. Following his wife’s arrest, Sadeghi began a hunger strike, and undertook another hunger strike in 2018 in defense of his wife after her transfer to a dangerous prison outside of Tehran. These protests have had a terrible impact on Sadeghi’s health, as Iranian authorities denied him proper medical treatment. At only 34 years old, Sadeghi suffers from significant health issues.

In April of 2020, the United Nations Human Rights Office of the High Commissioner (OHCHR) called on Iran to extend its temporary release of prisoners—due to the Covid-19 pandemic—naming Arash Sadeghi among others. The UN’s OHCHR further called to permanently release all arbitrarily detained prisoners, as determined by the Working Group on Arbitrary Detention, which included Mr. Sadeghi.

Despite the attempts to silence his activism through unwarranted detention and mistreatment, Sadeghi has continued to speak out against the injustices carried out by Iranian authorities, including by drawing attention to the pressure prisoners’ families face. Iranian authorities must end their practice of arbitrary detentions and heed the calls of human rights experts. While news of Sadeghi’s release is certainly positive, it is bittersweet as his wife remains in prison and we are reminded that they should never have been imprisoned in the first place. The picture of Sadeghi’s emaciated and pale face tells a story of injustice that has aged this young activist well beyond his years.