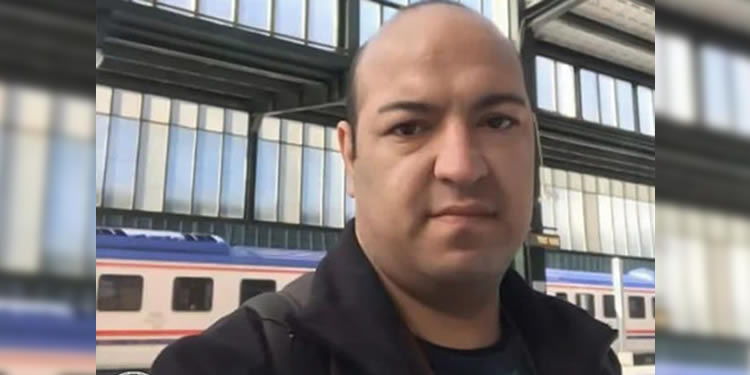 Less than four months after the tragic death of Iranian prisoner of conscience Behnam Mahjoubi, another political prisoner has died in the custody of Iranian prison authorities from maltreatment and lack of access to proper medical treatment. Like Mahjoubi, who suffered from a serious panic disorder that required daily medication, Sasan Niknafs needed suitable medical attention for his serious health issues, including epilepsy, diabetes, and depression.

In addition to their health conditions and inattention from Iranian authorities to address those issues, the cases of Mahjoubi and Niknafs share another heartbreaking parallel: neither should have been imprisoned to begin with. Mahjoubi was arrested for his participation in protests and charged with “assembling and colluding to act against national security.” According to reports, Niknafs started serving a five-year term in July of 2020 on similar politically motivated charges, such as propagating “propaganda against the state” and Iran’s leadership.

Iranian prison authorities have denied any wrongdoing and stated that Niknafs had told them of his suicidal tendencies, and was receiving medical treatment as such. According to the Iranian prison service, Niknafs became sick after taking pills from another prisoner and died in the hospital after being transferred. Human rights activists have argued for some time that Iranian prisons lack proper medical treatment—which they are required to provide for all prisoners in their charge—and blamed Iranian authorities for neglecting the health issues of their prisoners.

The Center for Human Rights in Iran noted that not only have 32 political prisoners died in custody since 2003, but three have also died under the watch of Ebrahim Raisi since being appointed Judiciary Chief. This is particularly alarming given that Raisi is currently favored to win Iran’s 2021 presidential election. The issue of political prisoners and the proper treatment of all prisoners in Iran is a central human rights concern that must be addressed by Iranian authorities. The unconscionable deaths of Mahjoubi and Niknafs in custody should be strongly condemned, and Iranian authorities must be called upon to abide by their human rights obligations and hold those who violate these laws to account.