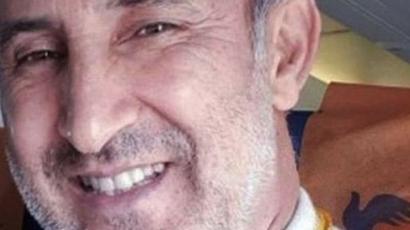 The Associated Press reported today that an Iranian man has been detained in Sweden on suspicion of taking part in mass executions that occurred in Iran in the summer of 1988. Though exact numbers are unknown, estimates for the executions range from 3,000-5,000 killed in the span of four weeks in prisons across Iran.

The timing of the mass executions coincided with then Supreme Leader Khomeini’s decision to accept the UN ceasefire that ended the long and bloody Iran-Iraq war (1980-88). The Mujahedeen-e-Khalq (MEK), a fringe Iranian opposition group, fought on the side of Saddam Hussein and continued their fight despite the ceasefire. Iranian authorities used the attacks and misdeeds of the MEK as a pretext to eliminate, in mass, political prisoners of all stripes, including former MEK.

The origins of the MEK in Iran in the 1960’s was a guerilla group resisting the authoritarian rule of the Shah, but most of its original leaders and founders had been killed by the time of the revolution. Their historical evolution to a cultish opposition group is complex. As historian Ervand Abrahamian notes [1], by 1987 the MEK “had its own revered leader…a rigid hierarchy in which instructions flowed from above…its own dress code and physical appearance” and “the burning conviction that its own radical version of Shiism was the one and only true interpretation of Islam.”

Upon ending the war with Iraq, Iranian special courts were set up to purge the country of dissent and instill fear in all political rivals. Former MEK were targeted, but political prisoners of all backgrounds suffered the same fate in a horrifying mass killing, in a brazen show of disregard for due process or law and order.

Though some officials vocalized their condemnation of this appalling episode, such as Ayatollah Montazeri who resigned in protest, Iranian authorities have never investigated or held culpable any of the criminal participants of the “prison massacre.” Amnesty International has repeatedly called on Iran’s government to do justice by the victims of this massacre and their families, through reparations and by holding to account those who participated in the killings.

If the man detained in Sweden was a party to this offense, then one small step towards justice has been taken. Ultimately, Iran’s government must stop trying to bury this injustice, undertake meaningful steps to acknowledge this tragedy and hold accountable those complicit in these crimes against humanity.