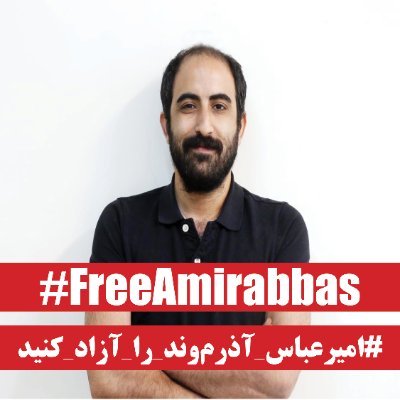 As Iranians struggle with the Covid-19 pandemic, a devastated economy, and the continued impact of U.S. sanctions, they have also seen their own government increase the pressure with repression and a strong crackdown on any form of dissent from different sectors of civil society. Lawyers, journalists, and activists of all stripes have been targeted by security forces and the Iranian judicial system.

One of the most recent targets of Iranian authorities is journalist and labor activist, Amir-Abbas Azarmvand, who was arrested on September 1st by security agents. Azarmvand has had run-ins with Iranian security forces in the past, for his participation in labor strikes in protest in December of 2018. As a financial journalist, Azarmvand reports on matters such as poverty, the condition of Iranian workers, and labor strikes and protests. According to reports, Azarmvand is being charged with the all too familiar and vague allegation often employed by Iranian authorities to go after activists: “propaganda against the state.”

Activists online immediately called for Azarmvand’s release, and launched a Twitter profile and campaign, #FreeAmirabbas, to bring attention to his case. Labor activists focused on workers’ rights in Iran, such as Kargar Magazine, also added their voices in support of Azarmvand. Committee to Protect Journalists, an independent, non-profit organization that promotes press freedom, quickly released a statement condemning his arrest and the continued targeting and censorship of journalists by Iranian authorities.

The case of Azarmvand illustrates the many injustices perpetrated by Iranian authorities, from the repression of civil society activists, the censorship of journalists, to the plight of Iranian workers and the disgraceful practice of detaining and imprisoning voices of dissent. Iranian authorities must abide by their human rights obligations and allow Iranian people to air their rightful grievances. Activism and journalism are not crimes, the true offense is imprisoning activists and journalists for doing their job or calling for justice.