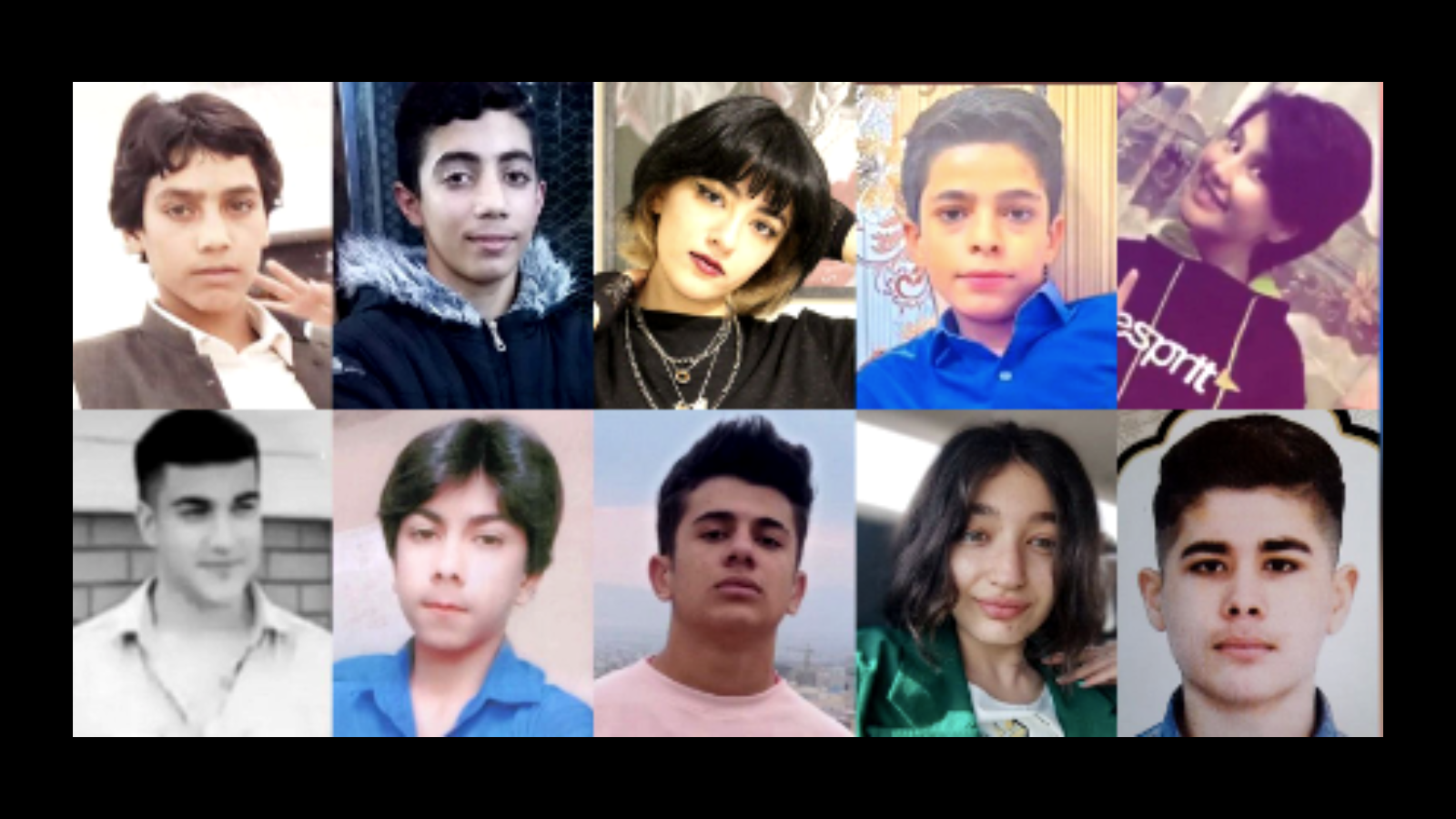 In the fifth week of nationwide protests, authorities continue to use lethal force against innocent Iranians—including teenagers and children—who are bravely asserting their rights and resisting the repression of the Islamic Republic. The Human Rights Activists News Agency (HRNA) has reported that authorities have killed 233 people—though that number is likely higher—since protests erupted on September 17th after the death of Mahsa Amini. Thirty-two of those who were killed in the demonstrations were below the age of eighteen, the organization said. Additionally, many children have been arrested in anti-state demonstrations and some have been forced into reeducation camps. “We do not have students in prisons and those who have been detained are in psychological centers for discussions on reforming and educating them,” Iranian Education Minister Yousef Nouri said.

Amnesty International released a report on October 13th shedding light on the murder of young people by the Islamic Republic during its brutal crackdown on demonstrations in recent weeks. According to the report, 16% of those who were killed by security forces have been children. Between September 20th and September 30th, authorities using lethal force against demonstrators killed 23 children, the organization says. In several cases, authorities have attempted to spread false narratives to conceal their role in the murder of children. After Sarina Esmailzadeh and Nika Shakarami—both 16-year-old girls—were killed by security forces during protests, authorities coerced the victims’ families into stating on camera that the girls had committed suicide.

Authorities also coerced the father of 16-year-old Amir Mehdi Farrokhipour—who was fatally shot in the chest by authorities during a protest in Tehran—into making a video where he stated that his son’s cause of death was injuries he sustained in a car accident. As Iranian authorities continue their efforts to avoid accountability for their crimes, Amnesty International is calling for intervention by the United Nations. “Member states engaging at the UN Human Rights Council should urgently hold a special session and adopt a resolution to establish an international independent investigative and accountability mechanism on Iran,” said Amnesty International’s Regional Director for the Middle East and North Africa, Hebra Morayef. Hadi Ghaemi, Executive Director for the Center for Human Rights in Iran, also called for the creation of a U.N. investigation into the Islamic Republic’s international crimes.

The killing of innocent children and teens by security forces confirms yet again the cruelty and authoritarian nature of the state, which would rather escalate violence against its own citizens than respect their basic rights. People around the world who are supportive of human rights and freedom have a duty to condemn the abuses of the Islamic Republic and amplify the voices of the Iranian people who are fighting for a better future. Furthermore, NIAC supports Amnesty International’s petition calling for the formation of a U.N. mechanism to investigate violations of international law in Iran. We believe the international community must now take action to ensure that Iranian leaders are held accountable for their egregious crimes against the citizens of Iran.