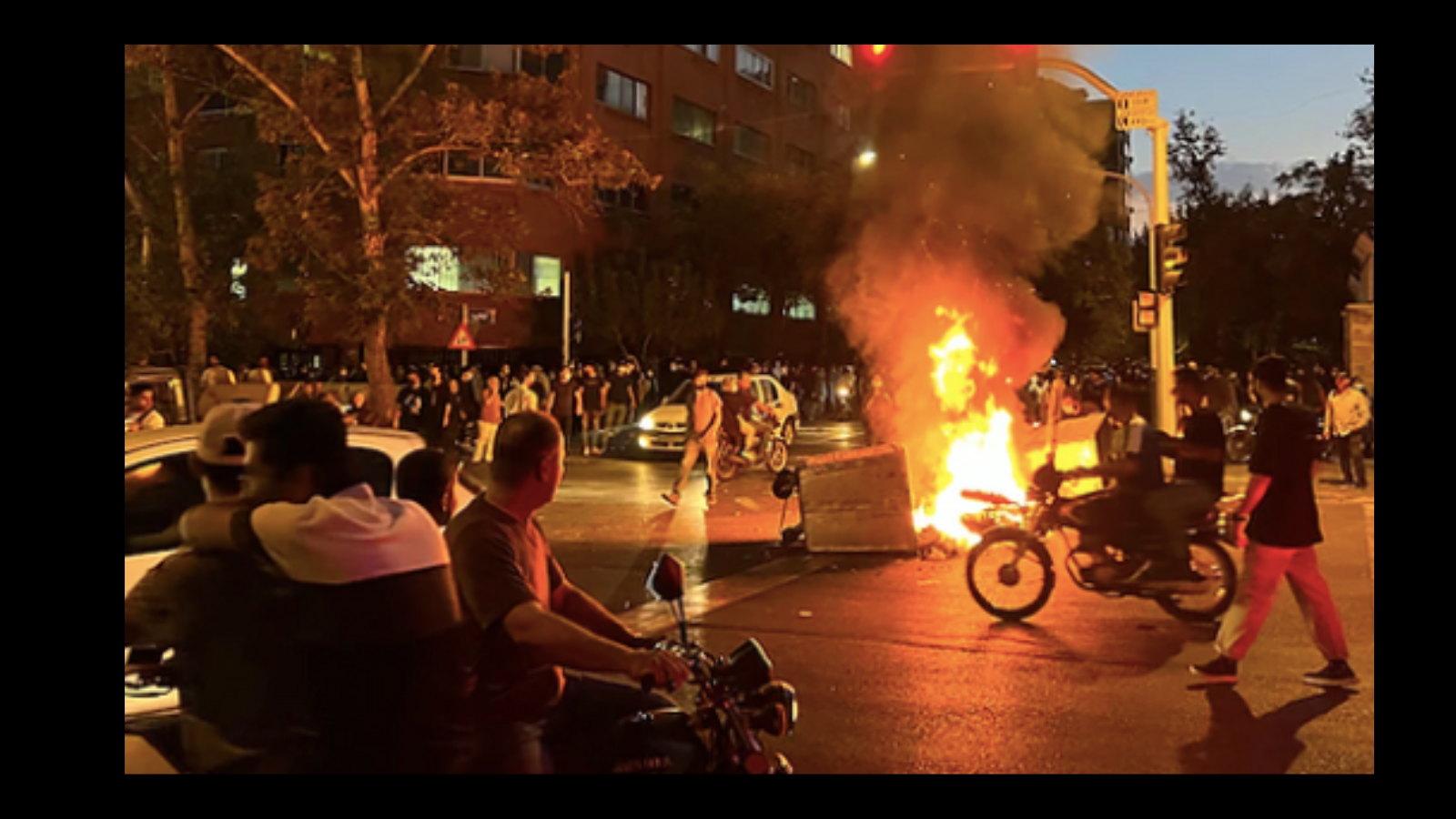 As protests continue in Iran weeks after innocent 22-year-old Mahsa Amini was brutally killed by so-called morality police, security forces have intensified their violence against protesters, often using deadly force against them. According to Iran Human Rights, a Norway-based organization, 185 people—including 19 children or more —have been killed in protests across Iran. At least 66 people were killed by security forces on September 30th—now referred to as “bloody Friday”— during a ruthless crackdown on protests in the city of Zahedan in Sistan and Baluchistan province. Scheduled to happen after Friday prayers, the demonstrations were intended to express solidarity with protests happening across Iran and demand justice for a 15-year-old girl who was reportedly raped by a police commander. Security forces were seen firing live ammunition, teargas, and metal pellets at protesters and bystanders.

The leader of the Friday prayers in Zahedan, Mawlana Abdolhamid Ismaeelzahi, released a video in which he recounts the attack on innocent protesters and bystanders. He reported that security forces positioned on rooftops killed over 40 people and fired live ammunition at men and women who were engaged in prayer. In an effort to conceal the true extent of their crimes, Iranian authorities have underreported the number of casualties, stating that only 19 people had died in the crackdown on September 30th in Zahedan. Additionally, authorities have tried to justify their brutality by claiming, without evidence, that protesters were committing arson and looting, when it is known that most people involved in the demonstrations were voicing their grievances in a peaceful manner.

Of the people who were killed during the Mosalla incident on “bloody Friday,” two were children. The concern for childrens’ safety has increased in recent days as the Islamic Republic continues to demonstrate that it is not above terrorizing and harming them. According to social media reports, authorities were seen driving up to schools in vans and arresting children on Sunday. The same day, schools and all institutions of higher learning in Iranian Kurdistan were shut down in an effort to suppress dissent.

The government’s closing of schools is likely a reaction to protests that have occurred across the country at educational institutions ranging from primary schools to university campuses. When President Ebrahim Raisi visited Tehran’s all-female Alzahra University on Friday, students were heard chanting “get lost” to him and other slogans used throughout these demonstrations. In recent days, the Iranian government has responded to protests by killing young women and girls. Innocent 16-year-old Sarina Esmailzadeh—a popular vlogger on Youtube—was beaten to death by security forces with batons at a protest in Gohardasht in Alborz province.

The continued use of deadly force by Iranian authorities against the most vulnerable members of society—young girls and teenagers—is emblematic of the state’s brutality and desperation to quell widespread protests using unrestrained violence and suppression. While the Iranian government continues its outrageous onslaught against protesters, we must amplify the voices of the Iranian people who are risking their lives in pursuit of a future where justice prevails and the country is no longer terrorized and suppressed by an authoritarian government.