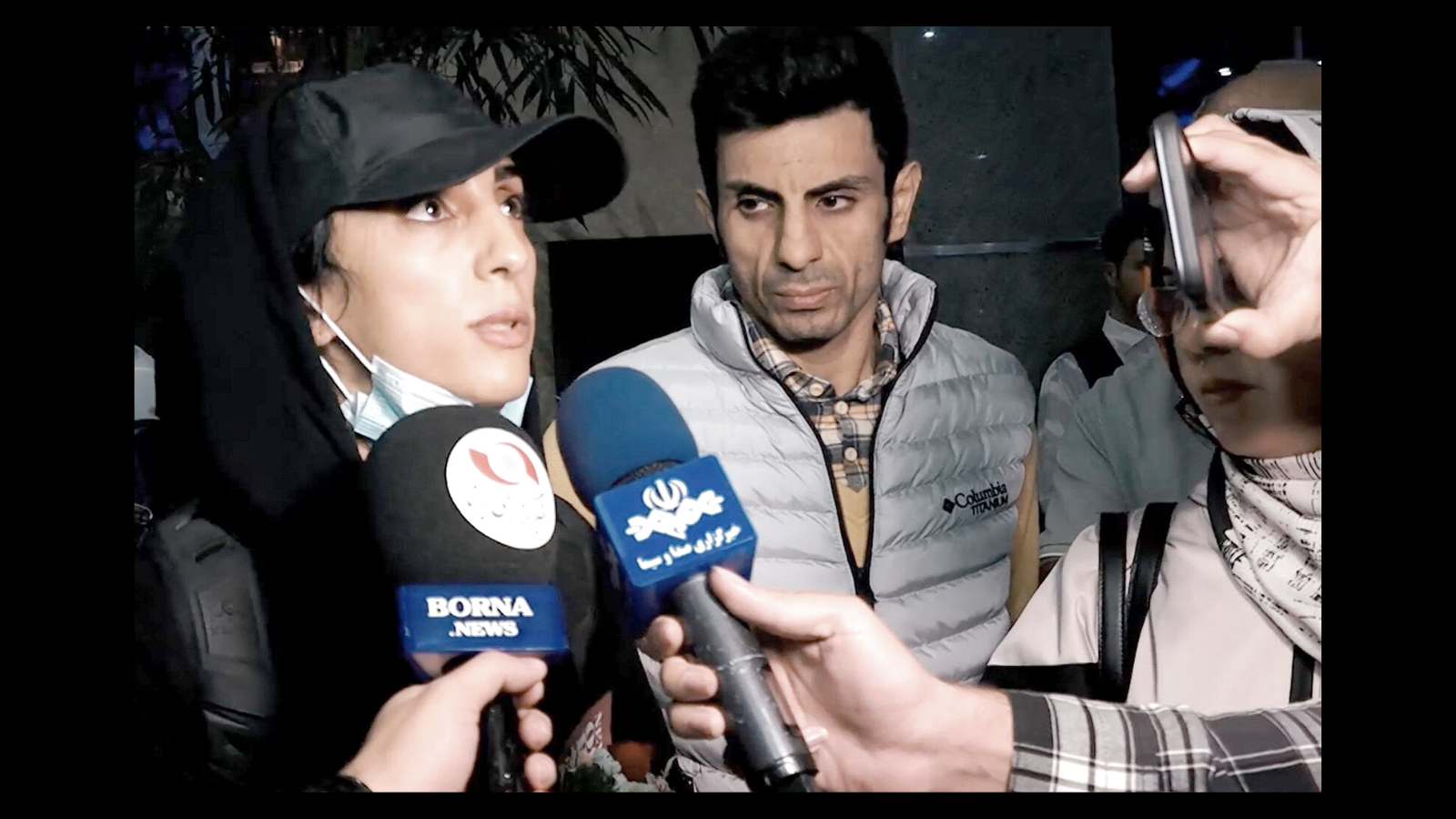 Thirty-three year old Iranian climber Elnaz Rekabi made headlines when she competed without a hijab during the International Federation of Sport Climbing’s Asia Championship in Seoul last week. In what was widely interpreted as an act of civil disobedience, Rekabi defied the Islamic Republic’s strict dress code requiring female Iranian athletes to wear the hijab even when they are competing outside of the country. Shortly afterwards, Rekabi stated in an apology—which appeared to be under duress—on Instagram that she had competed without the hijab unintentionally. “There was poor scheduling and I was called to climb unpredictably,” Rekabi explained. “I apologize about what I did to make you worry,” she added. Upon returning to Tehran, Rekabi was welcomed outside of Imam Khomeini International Airport by a large crowd of supporters who cheered her name and gave her flowers. In a media interview at the airport, Rekabi answered questions pertaining to her choice to not wear the hijab during the climbing competition. “Because I was busy putting on my shoes and my gear, it caused me to forget to put on my hijab and then I went to compete,” she said.

It was recently reported that Rekabi has since been placed under house arrest, which confirms the suspicions that Rekabi’s so-called apology was forced by Iranian authorities. Prior to that, she was reportedly detained in a room of the National Olympic Committee building before she met with the Islamic Republic’s sports minister. It was also reported that Rekabi apologized for not wearing the hijab under duress when authorities threatened to seize her family’s property. Prior to her trip to South Korea, Rekabi had been forced to provide a $35,000 check and give Iran’s Mountaineering Federation the legal right to sell the property of her family. The Iranian government often extracts collateral from athletes who compete internationally to prevent them from defecting from Iran.

Rekabi’s hero’s welcome by the Iranian public after returning to the country is emblematic of the widespread and enthusiastic support for the cause of women’s rights that has been at the center of the ongoing protest movement in Iran. Rekabi’s choice to compete without the hijab undoubtedly empowered thousands of girls and women watching who have been bravely marching through the cities of Iran, removing their hijabs and denouncing the Islamic Republic’s oppression. For decades, Iranian authorities have violated the personal autonomy of women and tried to punish anyone who speaks out against the injustice in the country. We urge Iranian authorities to immediately release Elnaz Rekabi from house arrest and abolish the mandatory hijab laws which are widely unpopular in the country.

It is becoming clear that the Iranian people’s calls for change are louder and more powerful than the authoritarian tactics of the extremists who are currently dominating the country. The rightful grievances of Iranian people go far beyond the issue of mandatory hijab and women’s rights, to the very core of a system that has long repressed them and failed to serve their needs. As protests continue, NIAC remains steadfastly committed to supporting the Iranian people and their pursuit of freedom and justice.