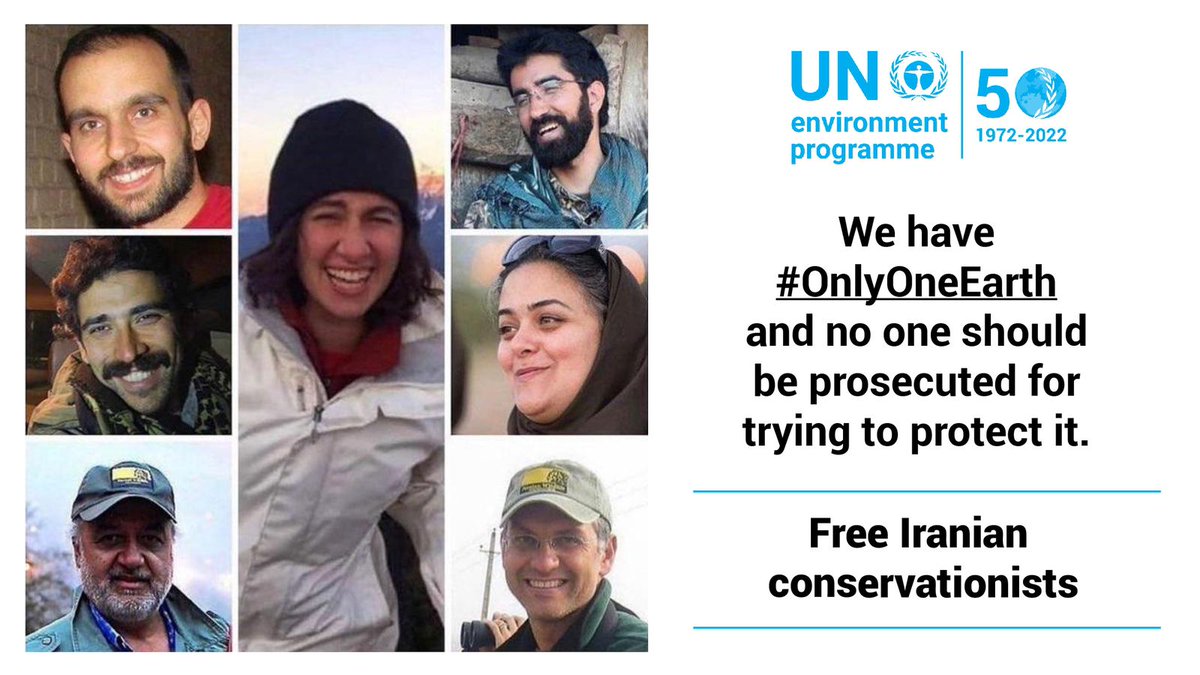 The seven remaining prisoners were part of a group of nine conservationists affiliated with the Persian Wildlife Heritage Foundation, who were detained in January of 2018 on bogus charges of “spying” after using cameras as part of their research. Soon after the group’s arrest, distinguished environmentalist and Iranian-Canadian professor Kavous Seyed Emami died while in custody. Though an Iranian court upheld their appalling sentences, which range between 4-10 years, in February of 2020, Abdolreza Kouhpayeh was released from prison a month later following a directive to release a large number of prisoners in light of the Covid-19 pandemic. Earlier this year there was hope for the release of Morad Tahbaz along with the release of Nazanin Zaghari-Ratcliffe and Anoosheh Ashoori, both Iranian dual-nationals wrongly imprisoned by Iranian authorities as pawns in the political grievances of governments. However, after conflicting reports, Tahbaz was returned to prison.

The case of Tahbaz and the remaining conservationists has captured the attention of human rights as well as environmental activists, who see their work as imperative to the protection of the planet and Iran’s biodiversity. In addition to the letter that was timed to be released during World Environment Day, Executive Director of the United Nations’ Environment Programme Inger Andersen tweeted her support for the jailed-Iranian environmentalists and also called for their release, stating, “We have only one earth and those that seek to protect the planet should not be prosecuted for doing so.”

Rather than wrongfully treating them like criminals, Iranian authorities should applaud these individuals for their commendable efforts to save endangered animals and protect the planet we all share. NIAC joins the calls demanding their immediate and unconditional release. While the remaining seven conservationists have already spent over four years in prison, and endured many injustices from lack of due process to maltreatment and torture, every day that their freedom is denied that cruelty is deepened.