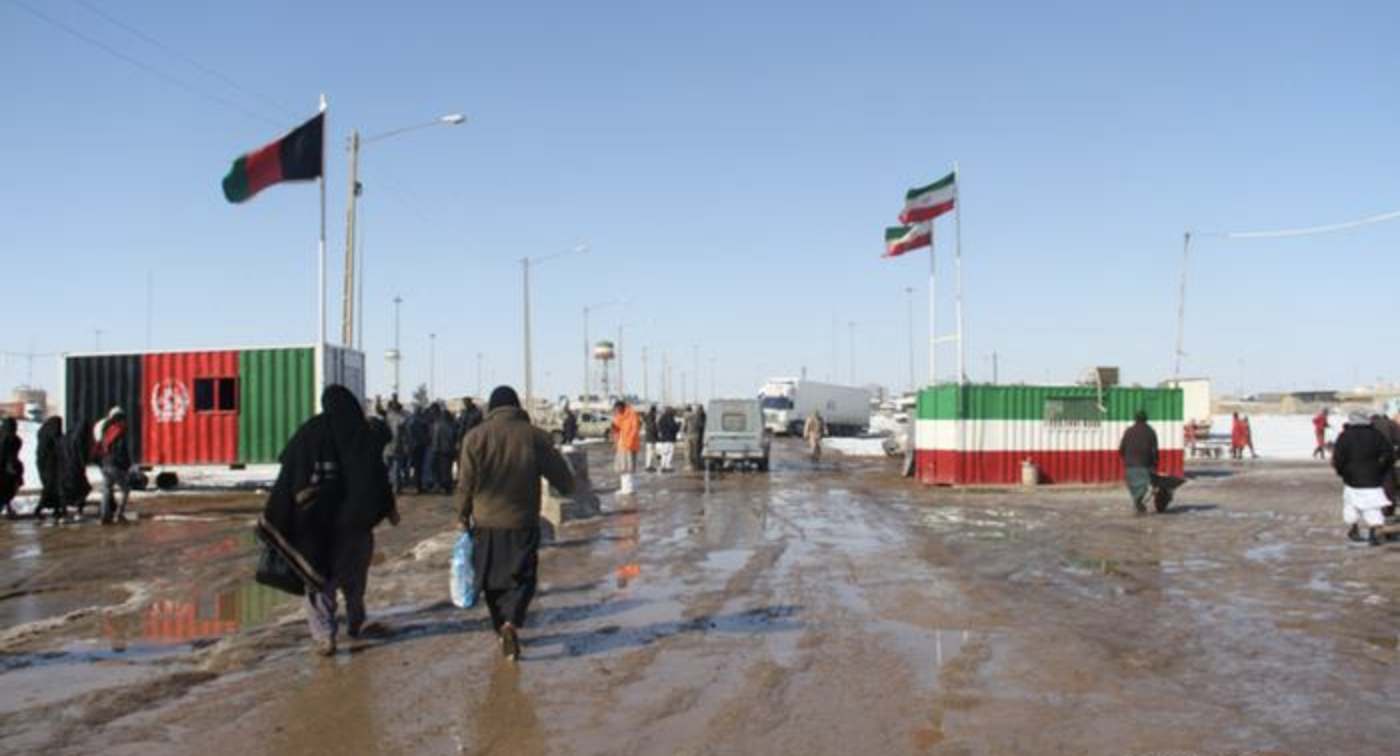 Two devastating recent incidents have raised international concern for the rights of Afghan immigrants in Iran.

On June 3rd, three Afghan men were burned alive in a car accident caused by the Iranian police, in Yazd province of Iran. According to Abdul-Ghafour Lival, Afghan ambassador in Iran, Iranian forces shot out the car’s tires after suspecting the vehicle was carrying illegal immigrants and drugs when it refused to stop at a checkpoint. Carrying 13 Afghan and one Pakistani individual, the car managed to drive 5 miles with its flat tire.  Abbas-Ali Behdani Fard, the commander of Iranian law enforcement forces in Yazd, stated that the police received reports of five cars trafficking drugs and illegal immigrants on that road.

A number of graphic videos of the incident circulated on social media, including a video showing a partially-burnt Afghan boy asking for water on the side of the road. This inspired a hashtag  #GiveMeSomeWaterAsIAmBurnt (#کمی_آب_بیار_که_سوختم). Afghan users condemned the inaction of Iranian authorities and people regarding the rights of Afghans in Iran on Twitter. Pictures of the survivors handcuffed at the hospital spurred further anger.

Just a month ago, it was reported that 12 Afghans were killed in another tragic incident. Afghan authorities accused the Iranian border police of forcing a group of Afghan migrant workers into Hariroud river, on the border of Iran and Afghanistan. Iran has denied the role of its forces in the incident; however, the investigations are still ongoing. Additionally, Iranian authorities accuse their Afghan counterparts of negligence in respect to ongoing drug trafficking, human trafficking, and border security in recent years.

Iran is estimated to host nearly three million Afghan immigrants and refugees. Iran’s policies toward Afghan refugees and immigrants have long been the subject of criticism. Human Rights Watch, has argued that “[Iran’s] policies pose a serious risk to the rights and security of the almost one million Afghans whom Iran recognizes as refugees, and hundreds of thousands of others who have fled war and insecurity in Afghanistan.” Although some small steps have been taken to ensure some rights for Afghans in Iran, the authorities still fail to address the systemic flaws and discriminatory policies that grossly neglect the welfare of so many people.

Many Afghan refugees and migrant workers have suffered physical abuse, detention in unsanitary and inhumane conditions, forced labor, forced separation from families, and abuses against unaccompanied migrant children, which is a sizable portion of Afghan migrant workers and deportees. Iranian authorities must address not only the injustices brought on its own citizens, but also confront and act against the abuses of its migrant population. That so many millions of Afghans have been forced to leave their own country due to war, violence, and insecurity is already an unbearable tragedy, to have them treated with such disregard in the countries they seek salvation in, is beyond contempt.