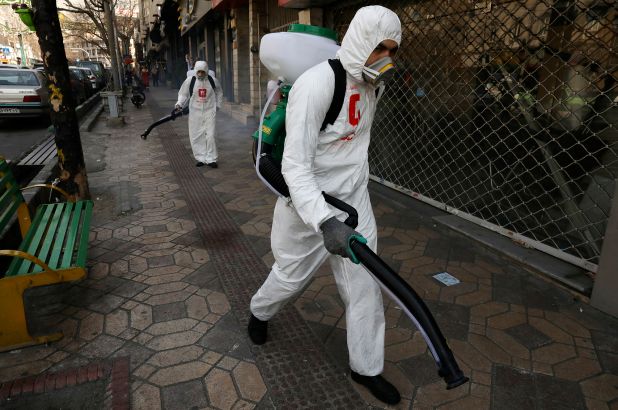 54,000 Prisoners in Iran Temporarily Released Due to Coronavirus Fears

Iran has become one of the largest epicenters for the Coronavirus outbreak outside of China. The first cases in Iran were reported on February 19th, since then the confluence of governmental mismanagement and a public health sector hindered by sanctions has created a dangerous situation as the virus spreads. Government officials have said there are 3,500 cases and 107 deaths thus far, however, those numbers may be much higher.

After a slow response both domestically and internationally, some efforts have been made to combat this growing public health crisis. The United States Treasury moved to ease restrictions on the Central Bank of Iran on humanitarian trade and the E3—Germany, France, and the U.K.—committed to “material and financial support” to curb the spread of the virus in Iran.

Courageous Iranian medical professionals have been working nonstop to treat patients and educate the public on protocols. They have encouraged a self-imposed quarantine, which many citizens have taken seriously by working from home and avoiding public spaces and gatherings. The state also began to encourage quarantine measures, has moved to close schools and implement practices to sterilize public spaces. This week the state moved to temporarily free 54,000 prisoners as pressure mounted over crowded prisons that can act as a hotbed for virus transmission. The families of foreign nationals, held in Iranian prisons raised concerns over the condition of their loved ones.

The Washington Post reported that European diplomatic efforts had shown some success, as Iranian officials indicated that British-Iranian dual national, Nazanin Zaghari-Ratcliffe, would be temporarily freed to be with her family in Tehran. Lack of diplomatic channels between the United States and Iran appear to be hampering efforts to assist Iran and aid in freeing Iranian Americans held in Iranian prisons. The families of eight Iranian environmentalists unjustly held and sentenced to harsh prison terms have also desperately pleaded with the Iranian Judiciary to include them in the released prisoners.

What the Coronavirus outbreak has demonstrated is the importance of global cooperation and diplomatic channels. Like other crises such as climate change and nuclear proliferation, global pandemics affect the international community at large. Iranian officials must take every necessary measure to protect their citizens from the spread of this virus and work with international organizations and partners to prevent further contagion outside its borders.