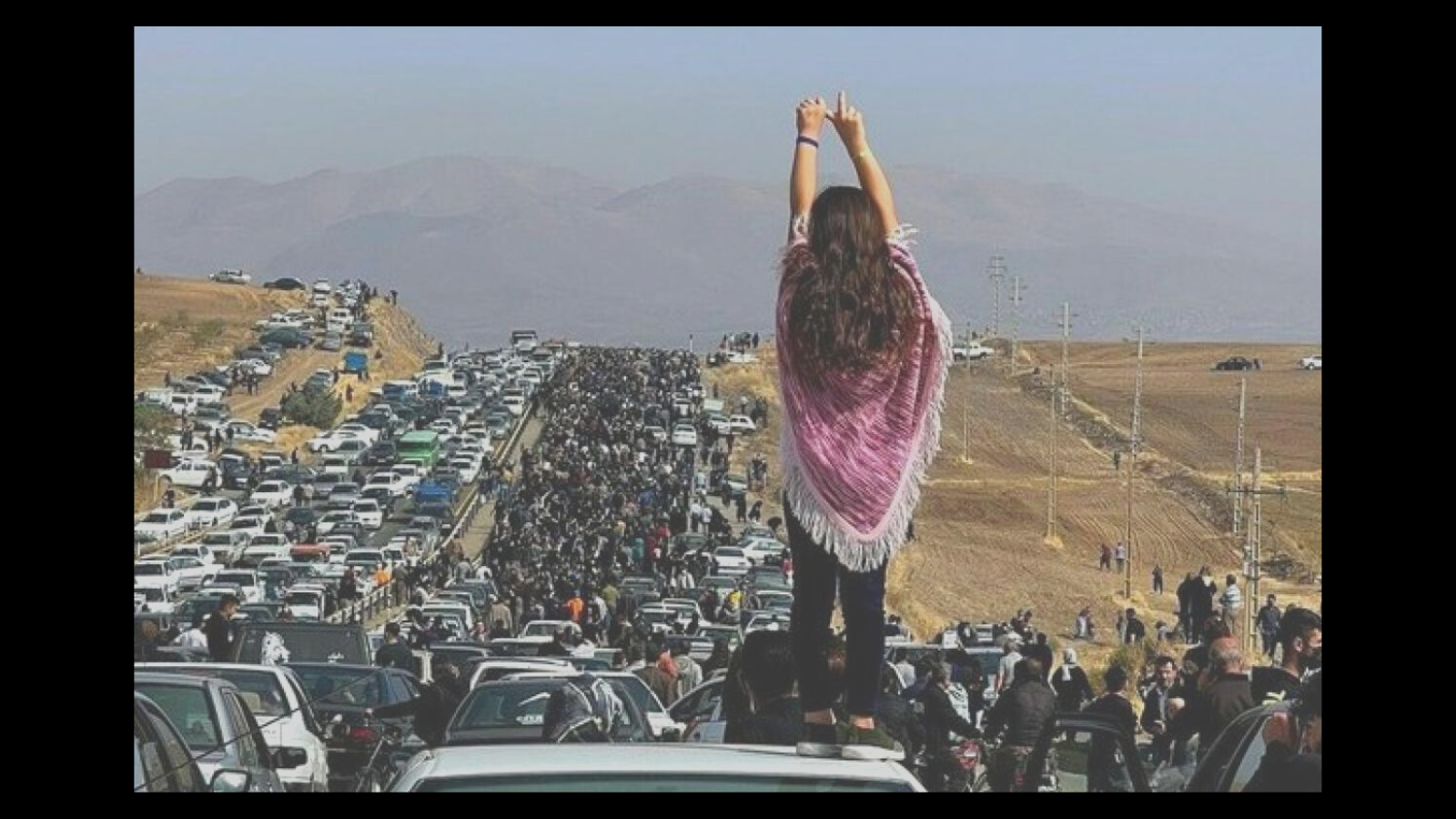 Forty days after Jina Mahsa Amini was killed by Iran’s so-called morality police for not abiding by the Islamic Republic’s strict public dress code, Iranians across the country mourned the killing of the innocent 22-year-old woman and vociferously condemned the state’s brutality and repression. On Wednesday, thousands of people traveled to Saqqez in Kurdistan province to visit Amini’s grave on the 40th day of mourning–which traditionally marks the end of the mourning period in Iran. Protesters were heard chanting slogans such as “Women, life, freedom” and “Kurdistan will be the grave of fascists.” According to the Hengaw Organization for Human Rights, authorities attacked protesters with tear gas and opened fire on them in Zindan Square in Saqqez.

Parallels can be drawn between the current protests in Iran and those which took place during the Iranian revolution. Mass anti-government demonstrations during the Iranian revolution were often prompted by 40-day cycles of mourning the loss of victims of state-sponsored violence. On January 9, 1978, protests erupted in the city of Qom after Ettela’at—a famous Iranian newspaper—published an editorial criticizing Ayatollah Ruholla Khomeini. The Shah’s security forces responded violently to the protesters, killing at least four of them. Forty days later, Iranians across the country gathered to mourn the dead and condemn the state.

In recent days, anti-state protests have taken place at multiple schools and universities across the country. On the eve of the 40th day of mourning for Mahsa Amini, female students in Isfahan gathered outside their dormitories to chant “It’s Mahsa 40th, the regime’s back is bent.” A video from October 26th shows security forces firing tear gas into an all-female high school in Tehran after the students shouted “Death to the dictator.” Girls at a school in the city of Baneh in Kurdistan were heard shouting, “Tomorrow will mark 40 days since the death of Jina, and Kurdistan still stands.”

As the protests continue across Iran, the death toll continues to rise. The Norway-based group, Iran Human Rights, has reported that 244 people—including 29 children—have been killed by security forces–though the real number is difficult to ascertain and likely higher. In response to the brutal crackdown on demonstrations by Iranian authorities, several experts at the United Nations have demanded accountability for the human rights violations that have taken place in Iran. “We call on the Iranian authorities to hold an independent, impartial, and prompt investigation into Ms. Amini’s death, make the findings of the investigation public and hold all perpetrators accountable,” the experts said.

That protests are so widespread and intense 40 days after the killing of Mahsa Amini is a testament to the Iranian people’s strength and resolve in demanding fundamental change to a corrupt and authoritarian system. Despite the Islamic Republic’s mass arrests and killing of protesters, Iranians continue to demonstrate remarkable bravery in their struggle against repression and their demand for a government that acts in accordance with the people’s will and respects their basic rights. NIAC recognizes the right of the Iranian people to self-determination and supports their aspirations for freedom and democracy. Furthermore, we support the calls of UN experts for a Special Session of the UN Human Rights Council and an independent investigation into the murder of Mahsa Amini and the egregious violence perpetrated against Iranian protesters.