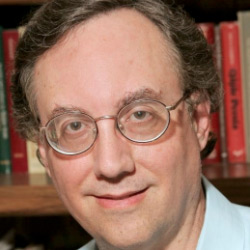 Juan R. I. Cole is Richard P. Mitchell Collegiate Professor of History at the University of Michigan. For three and a half decades, he has sought to put the relationship between the West and the Muslim world in historical context. His most recent book is The Rubaiyat of Omar Khayyam (2020). He is also author of Muhammad: Prophet of Peace Amid the Clash of Empires (2018); The New Arabs: How the Millennial Generation is Changing the Middle East (2014); Engaging the Muslim World (2009); and many other books. He has written widely about Egypt, Iran, Iraq, and South Asia. He has written about the upheavals in the Arab World since 2011, including about Sunni extremist groups and Shiite politics. Cole commands Arabic, Persian, and Urdu and reads Turkish, and knows both Middle Eastern and South Asian Islam. He lived in various parts of the Muslim world for more than a decade, and continues to travel widely there.