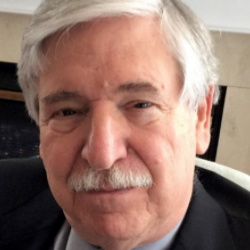 John Limbert is an academic, novelist, and retired Foreign Service Officer. In 2018 he ended twelve years as Class of 1955 Professor of Middle Eastern Studies at the U.S. Naval Academy. During a 34-year diplomatic career, he served mostly in the Middle East and Islamic Africa (including two tours in Iraq), was Ambassador to the Islamic Republic of Mauritania, and served as deputy assistant secretary of state responsible for Iranian affairs. Beginning in 1964, he worked in Iran as a university and high school teacher, and later was among the last American diplomats to serve in Iran, where he was held hostage in 1979-81. He has authored numerous books and articles on Middle Eastern subjects, including the espionage novel (co-authored with Ambassador Marc Grossman) Believers, set in Washington and Tehran in the 1980s and the present. He and his wife, the former Parvaneh Tabibzadeh, reside in Long Island City, Queens, New York. They have two children and four grandchildren.