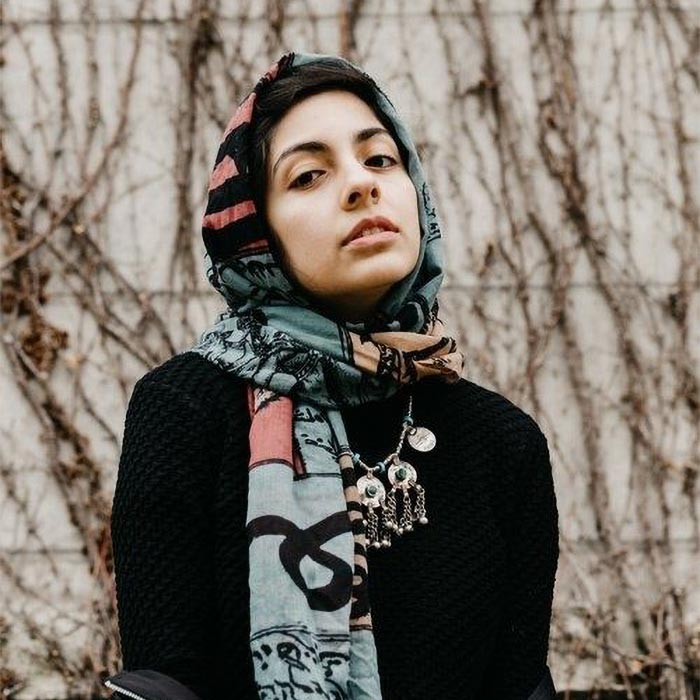 Hoda Katebi is an Iranian-American writer, abolitionist organizer, and creative educator based between Chicago and the Bay. Her work has been hailed from the BBC to the New York Times to the pages of VOGUE and featured and cited in books, journals, and museums around the world. Hoda is the host of #BecauseWeveRead, a radical digital book club and discussion series mobilizing local communities with 25+ chapters globally; founding member of Blue Tin Production, an apparel manufacturing workers co-operative run by working class women of color setting new international standards in labor and sustainability within fashion supply chains; a national lead with Believers Bail Out, a bail fund using Zakat to bail Muslims from pretrial & immigration incarceration; and organizing strategist for anti-war and anti-sanctions movements with the No War Campaign. She is a contributing author to the book I Refuse to Condemn: Resisting Racism in Times of National Security (Manchester Press 2020), and her writing has appeared in publications including Newsweek, Washington Post, Vogue, and the Columbia Journalism Review.

She frequently gives talks and trainings on stages around the world on topics ranging from the War on Terror and fast-fashion to building transnational solidarity movements. She has been listed 40 under 40 by the National Iranian American Council, Leaders for a New Chicago by Field Foundation, the Pioneer Award from the Chicago Foundation for Women, and listed as Crain’s Chicago Business 20 in their 20s. In 2016 she graduated from the University of Chicago where her research explored the intersections of fashion, gender, and the state in Iran.