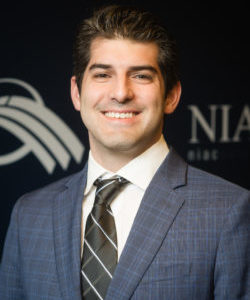 Founder and President, The Bullion Bank

Ardavan Badii is founder and president of The Bullion Bank, a precious metals investment and refining company. Founded in 2009, The Bullion Bank has become the largest bullion investment company in the Washington, DC metropolitan area. In fact, The Bullion Bank is currently the premier authorized dealer of Credit Suisse and PAMP Suisse gold products, as well as a partner of the United States Mint.

In 2015, Ardavan expanded his purview to include a jewelry brand that specializes in the manufacturing and selling of fine jewelry, certified diamonds, and the ‘Eshgh’ line of jewelry. Since 2017, the company has also cultivated a successful and burgeoning online presence. Ardavan takes pride in his company’s culture and hires a diverse staff, including Iranian Americans, veterans of the Iraq War, and members of the LGBTQ+ community.

Ardavan studied Management Finance at Virginia Commonwealth University, where he founded the Iranian Student Foundation (ISF) in 2005. In addition to his membership in NIAC, he is also involved with charitable projects in Iran – including raising capital to outfit a rural elementary school in the Azerbaijan region with school books, library books, classroom supplies, and uniforms. Recently, Ardavan has also become involved in the funding of a water project in Baluchestan, which supports a small nomadic tribe that has been pressured to settle permanently.

When not in the office Ardavan most likely be found outdoors partaking in some form of adventure, climbing, kite surfing and cycling. Six times summit-ed Mount Damavand twice from the north face, Alam kooh via the wall as well as summited the three highest mountains in the contiguous United States via their technical routes.