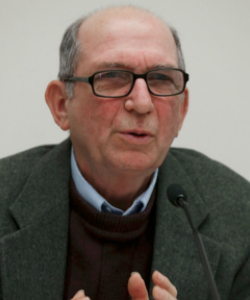 During his tenure in Congress, Wayne Gilchrest is most often described as an independent voice for his constituents on Capitol Hill. His willingness to champion issues and vote his conscience regardless of party affiliation has earned him respect from both sides of the political spectrum. He continues to be a strong advocate for fiscal responsibility and environmental protection. His consistent support for reducing federal spending and eliminating the deficit has won him accolades from many taxpayer watchdog groups since his first term in 1991. He also has dedicated his attention to protecting and preserving the delicate environment of the Chesapeake Bay region, and to enhance and encourage economic development within the 1st District of Maryland to improve the quality of life.

Gilchrest serves as a senior member of the House Natural Resources Committee and the House Transportation and Infrastructure Committee. Under the Natural Resources Committee, he serves on the Subcommittee on Fisheries, Wildlife and Oceans, which he chaired for the past six years. Under the Transportation Committee, he serves on the Rail, Pipelines and Hazardous Materials Subcommittee, Water Resources and Environment Subcommittee, and the Subcommittee on Coast Guard and Maritime. He is Chairman of the Chesapeake Bay Watershed Task Force, and co-chairs the House Climate Change Caucus, and the House Corps Reform Caucus. He helped organize the House Organic Caucus in 2006 and serve as its co-chairman. He’s also a member of the House Rural Health Care Coalition. He most recently formed and co-chairs the House Dialogue Caucus, which brings together like-minded members to push for diplomatic solutions to global crises.

Born in Rahway, New Jersey, he was the fourth of Elizabeth and Arthur Gilchrest’s six boys. After graduating high school in 1964, he joined the U.S. Marine Corps. His tour of duty saw action during the invasion of the Dominican Republic, and ultimately the Vietnam War. He earned the rank of Sergeant in Vietnam, where as a platoon leader, he was wounded in the chest. Wayne was decorated with the Purple Heart, Bronze Star, and Navy Commendation Medal. Today he is a member of the American Legion, Veterans of Foreign Wars, and Military Order of the Purple Heart. In 1969, he studied liberal arts at Wesley College in Dover, Delaware, where he received an associate’s degree. He then spent a semester in Kentucky studying rural poverty in Appalachia. He went on to receive a bachelor’s degree in history from Delaware State College in 1973. Since then, he has done some work toward a Masters at Loyola College in Baltimore.

Throughout his career, Wayne has taught American History, Government, and Civics in New Jersey, Vermont, and for eight years at Kent County High School in Worton, Maryland. As a teacher, Wayne coached the mock trial teams and often organized student visits to Washington, D.C. and the United Nations in New York City. Wayne and his family spent part of 1986 living in the Idaho wilderness where he worked for the Forest Service in the Bitterroot National Forest. The experience gave him a greater appreciation for the sanctity of our federal lands and the environment. Wayne and his wife, Barbara, have three children and two daughters-in-law. They live on Maryland’s Eastern Shore.

Articles by THE HONORABLE WAYNE GILCHREST