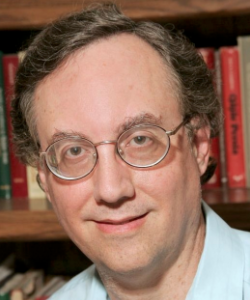 Juan R. I. Cole is Richard P. Mitchell Distinguished University Professor of History at the University of Michigan. He has written extensively about Egypt, Iran, Iraq, and South Asia. He has given numerous media and press interviews on the War on Terrorism since September 11, 2001, as well as concerning the Iraq War and the building conflict with Iran from 2003. He has a regular column at Salon.com, and blogs at Informed Comment. He continues to study and write about contemporary Islamic movements, whether mainstream or radical, whether Sunni and Salafi or Shi`ite. Cole commands Arabic, Persian and Urdu and reads some Turkish, knows both Middle Eastern and South Asian Islam, and lived in a number of places in the Muslim world for extended periods of time.

For three decades, he has sought to put the relationship of the West and the Muslim world in historical context, and his most recent book is Napoleon’s Egypt: Invading the Middle East (Palgrave Macmillan, 2007). He also writes on current events, and his articles on contemporary Sunni radicalism include “Muslim Religious Extremism in Egypt” in Middle East Historiographies (University of Washington Press, 2006) and “The Taliban, Women, and the Hegelian Private Sphere,” Social Research (Fall 2003). He has authored several recent journal articles on Shi`ite movements in present-day Iraq, as well as an extended essay, “The Ayatollahs and Democracy in Iraq.” (Amsterdam University Press, 2006). These works were foreshadowed by an earlier book, Sacred Space and Holy War: The Politics, Culture and History of Shi`ite Islam (IB Tauris 2002), as well as in his monographs, edited books and articles of the 1980s and 1990s.