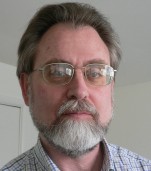 Alex was a co-founder of NIAC in 2002, served on its board of directors until 2008 and is a current member of its advisory board.  He served in the U. S. Peace Corps in Iran in the late 1960’s, and as an advisor to Iranians for International Cooperation.  With an advanced degree in cross-cultural training, Alex worked for thirty years in international education and international development, most of it with the Institute of International Education (IIE).  He was a founding member of the Foreign-Born Information and Referral Network.  He is currently Secretary for North America of the Orthodox [Christian] Peace Fellowship, and serves on the boards of the National Religious Coalition against Torture and Churches for Middle East Peace.  He has contributed to works on intercultural communication and is writing a book on U.S.-Iran relations.  Alex was a 2006 peace delegate to Iran with the Fellowship of Reconciliation.  He and his wife are long-time residents of Columbia, MD.