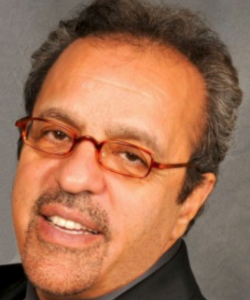 Prof. Sadri is the author of Max Weber’s Sociology of Intellectuals (Oxford University Press, 1992, 1994), which was chosen as academic book of the year by Choice, the official journal of the American Library Association. The book has been translated into Korean and Persian (Tehran: Kavir, 2006).

Prof. Sadri has written two books in Persian: Reviving the Concept of Civilizations (Tehran: Hermes, 2001) and An Apocalypse Soon (Tehran: Kavir, 2006). His translations include Mahmoud Saeed’s Saddam City (London, Saqi, 2004), rendered from Arabic, and Abdolkarim Soroush’s Reason, Freedom and Democracy in Islam (Oxford University Press, 2002), rendered from Persian. He co-edited this volume and wrote an extensive introduction for it.

Prof. Sadri has written more than one hundred articles for a variety of scholarly journals in the areas of sociology of religion, social interaction and political sociology. He has written dozens editorials for of venues including a regular column that appeared in “Daily Star” of Lebanon during 2003-2005. In his native Iran, he has written for prominent reformist newspapers such as Shargh, Aftab and Etemad-e Melli. In the United States he has and appeared on many public forums and has had a large number of media appearances including on National Public Radio’s programs World View and All Things Considered.