X
Skip to content
Watch NIAC's Virtual Gala!
Did you miss our Virtual Gala? No worries! Check out a recording of the night and catch-up on all the comedy, music, and special guest appearances!
Watch Now
NIAC and 40+ Organizations Urge Biden to Ease Iran Sanctions
NIAC partnered with 40+ organizations on to send a letter urging Biden to provide sanctions relief for the people of Iran as they combat Covid-19.
Read the Letter
NO BAN Act Passes Through the House
The NO BAN Act, which would prevent future iterations of the Muslim Ban, has passed the House and will now make its way to the Senate.
Read More
Iran Unfiltered: JCPOA Talks in Vienna Make Progress
The JCPOA talks in Vienna are hailed as making progress. Meanwhile, Iran is facing a new COVID surge, reports of Iran-Saudi talks emerge, and an IRGC official reacts to explosions in Israel.
Read More
2020 Impact Report
2020 was a tumultuous year. Yet, in spite of the challenges, we achieved enormous successes for our community and our cause.
See Our Impact
Previous
Next 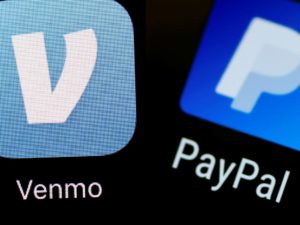 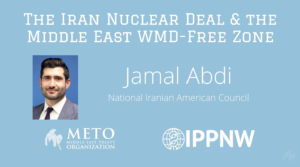 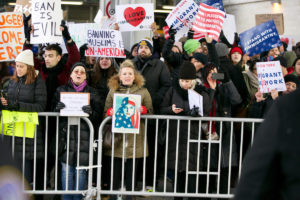 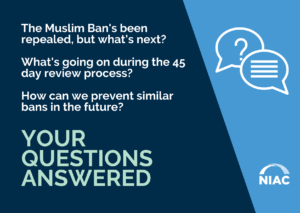 The Muslim Ban’s Been Repealed. What’s Next? 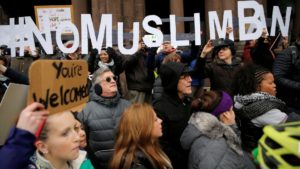 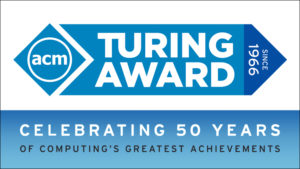 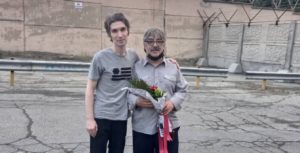 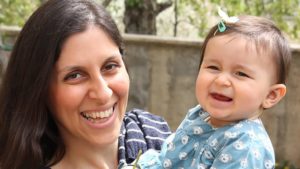 NIAC’s Norooz 1400 Series: Welcoming the Light of the New Century 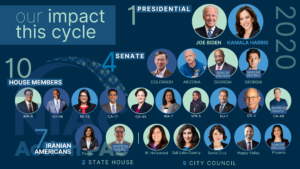 The Impact of NIAC Action on the 2020 Election 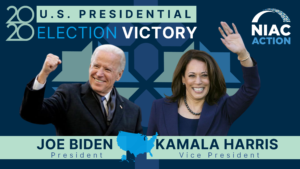 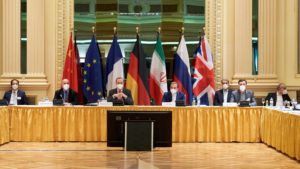 This is a favorable time to reseal the deal on the JCPOA. We call on the parties to close the gaps that have narrowed in subsequent rounds of talks in Vienna and agree to a process that brings the U.S. and Iran back into full compliance with the original bargain.

Today, NIAC partnered with Win Without War and the human rights-focused Miaan Group on a letter—signed by 43 partner organizations like J Street, MoveOn and Physicians for Social Responsibility—to urge President Biden to provide urgently-needed sanctions relief for the people of Iran as they combat another deadly wave of the Covid-19 pandemic. More than 65,000 Iranians have already died as a result of the pandemic — a tragic figure made worse by the fact that sanctions have made the crisis far worse.

On May 1st, welcome news was reported of Arash Sadeghi’s release from prison in Iran, after serving nearly six years as a prisoner of conscience. Sadeghi is a well-known young activist in Iran who was arrested in 2016 on spurious charges such as “collusion against national security” and “propaganda against the state,” which fits a disturbing pattern of repression by Iranian authorities against activists.

The worst cruelty that Zaghari-Ratcliffe has suffered is missing her daughter grow up, a loss that can never be reconciled. Her mother-in-law, Barbara Ratcliffe, was able to speak to her briefly after news of her new sentence, and though she said Nazanin was staying composed, Ratcliffe best summed up the depth of her loss: “She’s missed five oh her daughter’s six birthdays. And she was so hoping to get back for this seventh one, that’s not gonna happen is it? I think that devastated her more than anything today.”

This week, the IRGC’s top commander gave an interview talking about what he says are Israel’s security vulnerabilities. President Rouhani made promises that sanctions would be removed and Iranians vaccinated before the end of his term. Meanwhile, Khamenei strongly reprimanded Zarif and the Guardian Council set new restrictions on who can run for president.

A classified interview with Foreign Minister Zarif has leaked, where he made bombshell claims about Iran’s foreign policy. The tape has spurred immense controversy in Iran and calls for his resignation. Meanwhile, the Vienna talks on the JCPOA are continuing and COVID-19 continues to take a grim toll in Iran.