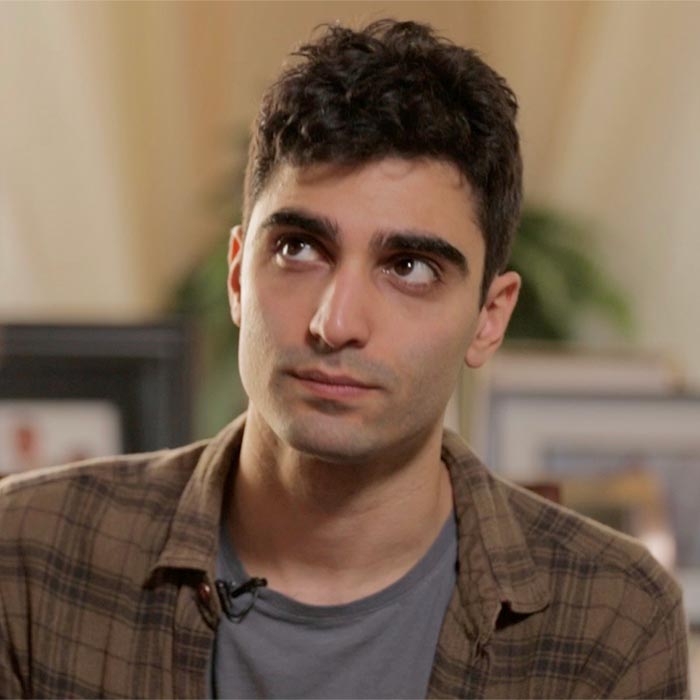 Yara Elmjouie is a Webby Award-winning, James Beard-nominated video producer, journalist and host who’s been with AJ+ since 2016. He got his journalism chops freelancing articles in Iran for outlets like The Guardian, Time, and Vox Media’s Polygon, but then landed a job at AJ+ in San Francisco, where he produced news videos on social justice, science, and sometimes weird lizard pets and cat drones (worth Googling).

He’d frequently work while wolfing down elaborately meal-prepped lunches that would fumigate the office once microwaved. So in 2018, he married his passion for food and journalism to launch an award-winning food-adjacent show called “In Real Life” – which has since been rebranded to “Eat this with Yara.” In one episode, Yara tries to make Ghormeh Sabzi into pizza. He’s currently trying to figure out how to fit a kebab inside a dumpling.

Yara has also presented and produced a series called “Becoming Iranian-American,” where he sheds light on the Iranian diaspora and breaks down stereotypes and assumptions of Iranian Americans. Yara has also just launched a new documentary about farmworkers in America. Check out his latest project here!