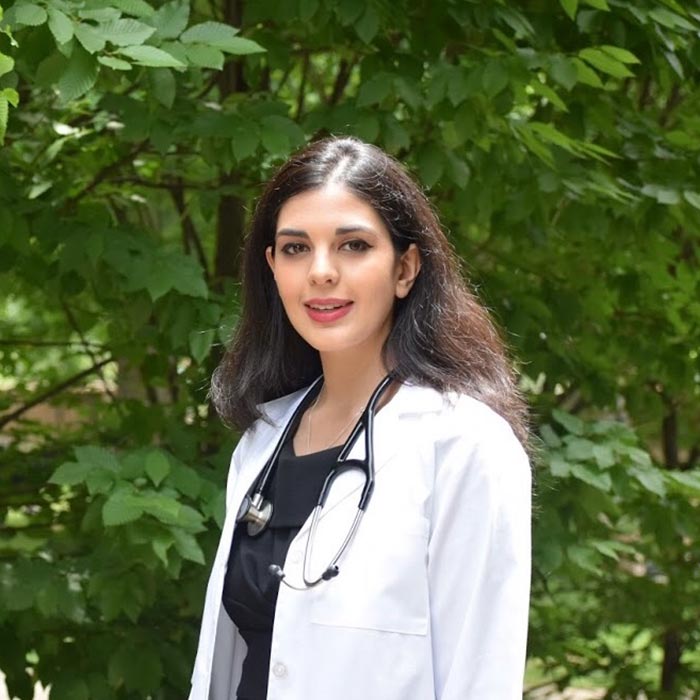 Ruby Dehkharghani is a surgical resident in Boston who has worked to combine her passions for medicine and policy. Ruby Dehkharghani is the daughter of Iranian immigrants. Inspired by her father’s work as a physician, Ruby decided to pursue medicine and graduated from Georgetown University School of Medicine in 2014. She is currently working in the Department of Surgery at Harvard Medical School. Ruby worked for the Obama Administration from 2011-2013 within the Office of Presidential Correspondence. She then transitioned to working on Capitol Hill for Congresswoman Kathy Castor, where she assisted in the development of legislation that increased medical residency spots for Florida medical graduates. Her work in public health and policy has also led her to advocate for the Affordable Care Act on Capitol Hill.

During the 2020 Presidential campaign cycle, Ruby worked for President Joe Biden’s campaign in Florida. She served as the Regional Voter Activation Director, and her responsibilities included coordinating events and “get out the vote” strategies. She also served as a co-chair of Doctors for Biden, a group of healthcare professionals working to put patients first and committing to advancing the best of American values, ideals, and health care leadership. Through Doctors for Biden, Ruby was able to coordinate several rallies leading up to early voting at prominent healthcare facilities in Hillsborough and Pinellas counties. She also served as the Events Chair for Iranian Americans for Biden. Her responsibilities included coordinating several online, phone-banking events that featured prominent Iranian Americans. Today, Ruby’s passions for healthcare reform and policy drives her research-based work in the public health sector to study the impact of COVID-19 on the well-being of the nation’s health. In addition to her work in medicine, Ruby plans to pursue public policy and advocate for healthcare reform.

Ruby is currently focused on clinical research on the COVID-19 pandemic and the obesity epidemic, and its impact on the public health of the residents of Boston, Massachusetts within the Department of Surgery at Brigham and Women’s Hospital, a Harvard Medical School teaching hospital. She hopes to give back to her hometown of Tampa, Florida after graduation. She would like to convert her dad’s clinic into a community medical center that serves the under resourced communities and neighborhoods in need. She would also like to work with the Biden administration by addressing the urgency of healthcare reform and medical disparities in this country.