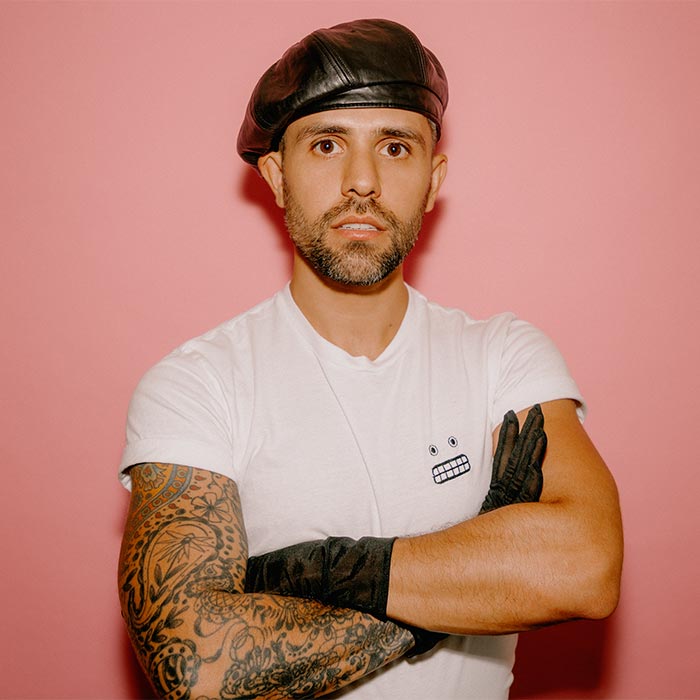 James Koroni is an Iranian-American comedian, actor, screenwriter, filmmaker, dancer and choreographer. His arsenal of comedic characters in his sketches range from a high powered / no morals magazine editor to a chaotic boy scout troop and a hip shaking Farsi teacher to a mom who uses cleaning products to cover up her crimes and political satire! He also stars in films such as Daddy’s Boy, One Week in Heaven and the forthcoming short film Frozen Tahdig.

Koroni danced internationally for the Jonah Bokaer Arts Foundation at venues like BAM, Guggenheim, The Joyce Theater and Jacob’s Pillow. He currently dances for The Chase Brock Experience including the Off Broadway production The Girl with the Alkaline Eyes. He’s worked with Pharrell Williams, Daniel Arsham, Madonna, Misterwives & Liza Koshy and produced work for MTV, Heineken, 7UP, PETA, and the ACLU.

He’s a graduate of the Upright Citizens Brigade, The People’s Improv Theater and he’s a Media Studies Major at The New School. Originally from Los Angeles, he now resides in NYC.